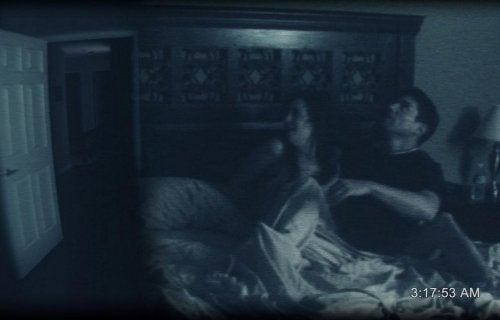 Tod "Kip" Williams will direct the sequel to the low-budget smash "Paranormal Activity," Oren Peli, the director of the the first film, announced on his Facebook page on Friday. In nabbing the director’s chair, Williams apparently beat out rumored contenders including Brian De Palma and Akiva Goldsman.

Williams is somewhat of a shocking choice to oversee the project, given that his previous films "The Door in the Floor" and "The Adventures of Sebastian Cole" were indie-dramas, noticeably lacking the type of scares that "Paranormal" delivered in abundance.

I question whether Williams is up to the task of directing a project that comes with such high expectations from fans of the original. On one hand, I thought "The Door in the Floor" was a very strong, soulful piece of work. On the other, nothing on his resume seems to suggest he’s more capable than any other filmmaker who may be more familiar with the genre, for example, "House of the Devil" director Ti West or John Erick Dowdle, the man behind the still-unreleased "The Poughkeepsie Tapes."

A director with name-brand recognition might have helped the film’s opening weekend take, but the original was a word-of-mouth hit directed by an unknown, so I suppose in the end, fans will flock to the "Paranormal" sequel regardless of who directs it.

Peli, who has moved on to direct "Area 51," wrote fans: "We are thrilled to have Kip working with us. He is the guy we want at the helm, because he knows exactly what we want to deliver to the fans..and I can’t wait to be a part of what he’s putting together."

As for plot details, the notoriously tight-lipped Peli remained true to form.

"I don’t want to spoil the story but I promise it’ll surprise you. Stay tuned," Peli wrote.

Peli and Jason Blum are producing the sequel, with Steven Schneider and Goldsman exec producing. Michael Perry wrote the screenplay.

The "Paranormal Activity" sequel promises to terrorize genre fans when it opens on October 22.