The distributors of this year’s Oscar-winning documentary, “The Cove,” now have no exhibition outlet in Japan’s capital city, with two more theaters deciding Friday to cancel screenings of the environmentally-themed film. 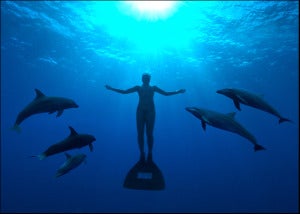 At issue are scenes in the movie showing footage of a dolphin hunt in a Japanese village.

Recently, the Tokyo office of the film’s distributor, Unplugged, has been targeted by nationalist protestors with loudspeakers. While not widely consumed in Japan, eating dolphin meat is still practiced by cultural traditionalists.