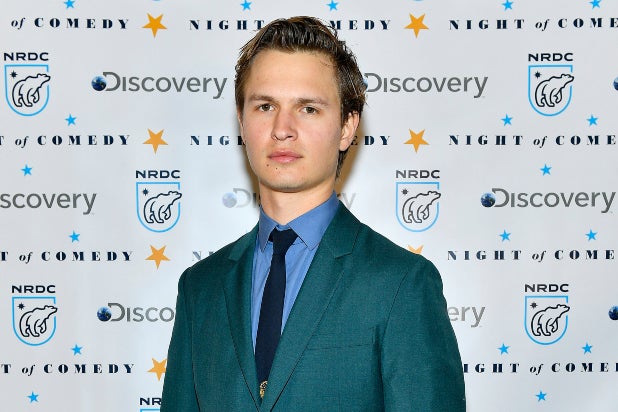 WarnerMedia has picked up its second series for the forthcoming streaming service, ordering “Tokyo Vice” with Ansel Elgort attached to star.

The series is based on Jake Adelstein’s non-fiction book of the same name, the series centers on the Tokyo Metropolitan Police, an individual with knowledge of the series told TheWrap. Elgort will star as Adelstein, an American journalist who embeds himself into the Tokyo Vice police squad to reveal corruption. The series will chronicle Jake’s daily descent into the neon-soaked underbelly of Tokyo, where nothing, and no one, is truly what or who they seem.

This marks Elgort’s first TV role, who is known for his big-screen roles in “Baby Driver” and “The Fault in Our Stars.” He is set to star in Steven Spielberg’s remake of “West Side Story.”

WarnerMedia has given a 10-episode order. J.T. Rogers will write the adaptation with Destin Daniel Cretton directing. John Lesher, Emily Gerson Saines, and Elgort will serve as executive producers. Endeavor Content will serve as the studio.

The WSJ, citing people familiar with the matter, reports that AT&T is eyeing a $16 to $17 monthly price point for the service, which would include HBO and Cinemax. WarnerMedia would drop its initial plan of a three-tiered service, and instead, roll up the two pay-cable channels with Warner Bros.’ library of film and TV shows.