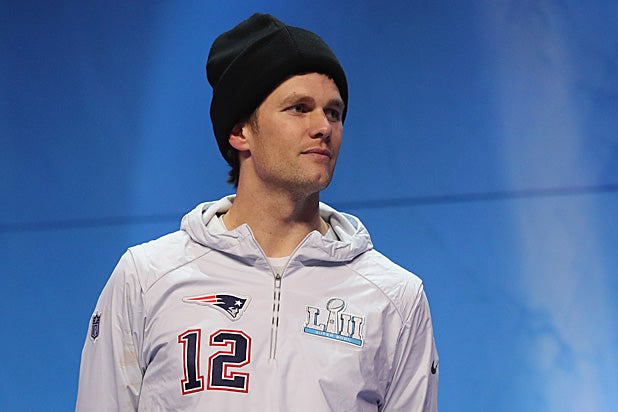 Tom Brady is leaving the New England Patriots, he said on Tuesday. That news and a bunch of gratitude is about all we got out of the G.O.A.T.

“I don’t know what my football future holds but it is time for me to open a new stage for my life and career,” No. 12 wrote in a statement.

Most importantly, Brady’s Patriots have won six Super Bowls. He was named the big game’s most valuable player for four of those wins.

Brady is a 14-time Pro-Bowler and three-time NFL MVP.

Also Read: NFL Draft to Proceed and Be Televised, But Public Events in Las Vegas Canceled

Read his full statement below:

“I wanted to say thank you to all of the incredible fans and Patriots supporters. MA has been my home for twenty years. It has truly been the happiest two decades I could have envisioned in my life and I have nothing but love and gratitude for my time in New England. The support has been overwhelming – I wish every player could experience it. My children were born and raised here and you always embraced this California kid as your own. I love your commitment and loyalty to your teams and winning for our city means more than you will ever know. I can thank you enough for the support of our team. The packed training camps and sold out stadiums and mostly the victory parades. I have been so blessed to share them with you all. I tried to represent us always in the best and most honorable way, and I fought hard with my teammates to help bring victory and triumph in even the most dire situations. You opened your heart to me, and I opened my heart to you. And Pats Nation will always be a part of me. I don’t know what my football future holds but it is time for me to open a new state for my life and career. I thank you from the bottom of my heart and I will always love you and what we have shared – a lifetime full of fun memories.”