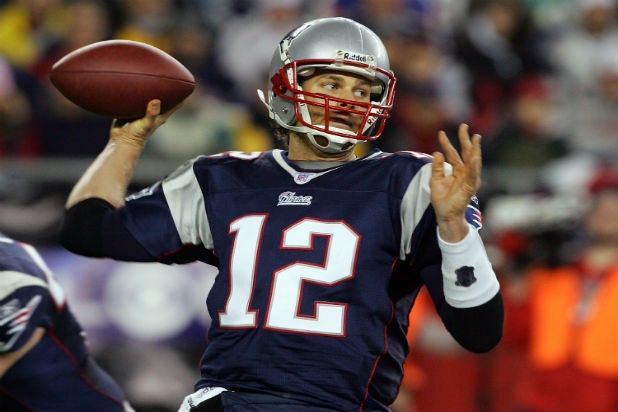 Even Tom Brady is turning his back on Donald Trump. Sort of.

The President’s favorite quarterback did his weekly interview with Boston radio station WEEI’s “Kirk & Callahan Show” on Monday morning, when there was no avoiding talking about Trump’s NFL player protest tweets. Try as he might, that is.

“I certainly disagree with what he said,” Brady said. “I thought it was just divisive.”

“I just want to support my teammates,” he continued an expert navigation of the multiple follow-up questions. “I’m never one to say, ‘Oh, that’s wrong,’ or ‘That’s right.’ I do believe in what I believe in.”

“I think one thing about football is it brings so many guys together — guys you would never have the opportunity to be around,” Brady, who locked arms with his New England Patriots teammates during Sunday’s national anthem, added. “Whether it was in college, and all the way into the pros. We’re all different and we’re all unique. That is what makes us all so special.”

Listen to the full interview below.