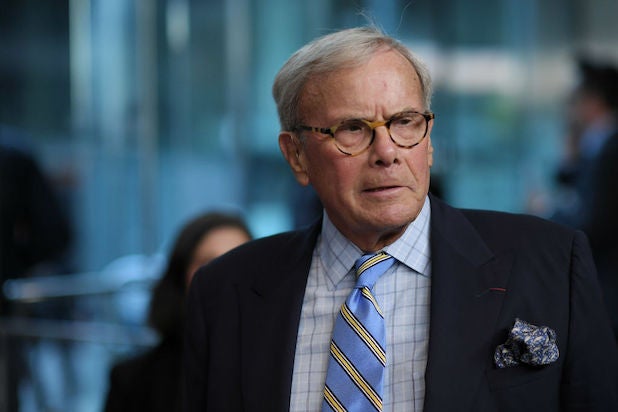 Tom Brokaw, the veteran journalist who anchored “NBC Nightly News” from 1982 to 2004, announced on Friday that he is retiring from the network after a 55-year run.

“During one of the most complex and consequential eras in American history, a new generation of NBC News journalists, producers and technicians is providing America with timely, insightful and critically important information, 24/7. I could not be more proud of them,” Brokaw said in a statement.

Some of Brokaw’s most notable broadcast moments include his 1987 interview with Mikhail Gorbachev, which was the Russian leader’s first one-on-one sit-down with an American journalist. In 1989, Brokaw was also the first American journalist to report on the fall of the Berlin Wall from Berlin, which earned him the Order of Merit from the German government.

Brokaw began his career at NBC News in Los Angeles, where his coverage included Ronald Reagan’s first run for office and the assassination of John F. Kennedy. In 1973, he relocated to Washington, D.C. to become NBC News’ White House correspondent, where he covered the Watergate scandal, before he began co-hosting the “Today” show in 1976. By 1982, Brokaw was co-anchoring “NBC Nightly News” with Roger Mudd before ultimately going on to anchor the show solo and become its managing editor.

In 2014, Brokaw revealed that he was battling cancer but that he was in remission after receiving treatment at the Mayo Clinic. Later that year, he was awarded the Presidential Medal of Freedom by then-President Barack Obama.

In 2018, former NBC News correspondent Linda Vester and an unnamed woman accused Brokaw of sexually harassing them in the ’90s. At the time, Brokaw denied the accusations and said he was being “ambushed.”

In a press release, NBC News said that Brokaw will still be “active in print journalism, authoring books and articles” and will “spend time with his wife, Meredith, three daughters and grandchildren.”