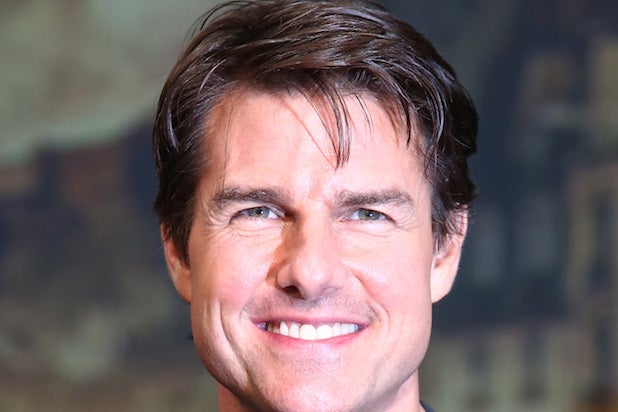 There can only be one, and Tom Cruise is the one who Summit Entertainment is courting to play the Sean Connery mentor role in its “Highlander” reboot, multiple individuals familiar with the project have told TheWrap.

At this point, the interest appears to be one-sided, as Cruise has been busy shooting “Mission: Impossible 5” and isn’t focused on future projects at the moment. Should Cruise decide to engage with the project, it’s possible that the mentor role could be beefed up to accommodate a star of his magnitude.

A representative for Cruise told TheWrap that “Highlander” is “is one of many projects that come to him and he discusses,” adding that Cruise is “far from talks” and that “he is offered tons of projects.”

A “Highlander” insider echoed that skepticism, making it clear that Summit “is not in negotiations with Tom Cruise,” though they didn’t deny that he was the studio’s choice to co-star.

Cedric Nicolas-Troyan is set to make his feature directorial debut with the “Highlander” reboot, having served as second unit director and visual effects supervisor on “Snow White and the Huntsman.”

“Highlander” follows an immortal Scottish swordsman on a quest for revenge against The Kurgan, a barbarian who has chased him across time as they battle for an all-powerful Prize.

The original film starred Christopher Lambert as Connor MacLeod and Sean Connery as his mentor, Juan Ramirez, which is the role that Summit wants Cruise to play. The three-time Oscar nominee is considered a talent magnet who could help secure a major young star to play MacLeod.

Art Marcum and Matt Holloway wrote the script along with Melissa Rosenberg. Neal H. Moritz is producing with Peter Davis, while Justin Lin will executive produce after previously being attached to direct.

While Cruise may not be the lead in “Highlander,” he has fared well in supporting roles, earning an Oscar nomination for “Magnolia” and stealing every one of his scenes in “Tropic Thunder.” Cruise is currently fielding multiple offers, as his schedule is relatively light (for him) once he wraps “Mission: Impossible 5,” though he has no shortage of projects in development around town.

Cruise is represented by CAA and Greenberg Glusker.