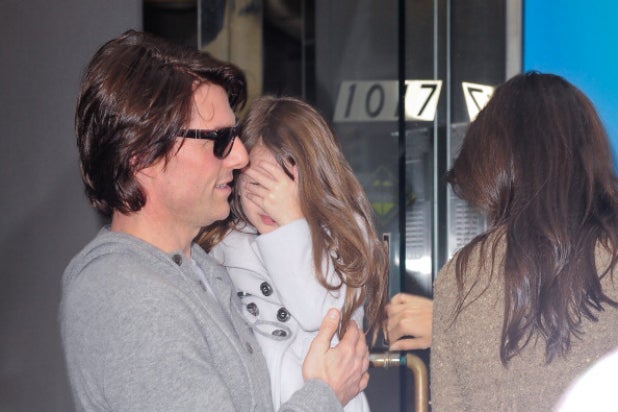 Tom Cruise admitted in a court deposition that one of the reasons Katie Holmes gave for leaving him was to protect daughter Suri from the Church of Scientology.

The actor was deposed on Sept. 9 in United States District Court as an obligation for his $50 million libel lawsuit versus Bauer Publishing Company, who published a story that said Cruise “abandoned” his daughter. While Cruise said there was a period of time where he didn’t see Suri much, he took great exception to the concept of abandonment. He was also offended by the idea that his daughter would need protection from her father’s religion.

“Do you believe it to be false that Ms. Holmes left you in part to protect Suri from Scientology?” Bauer’s attorney asked Cruise, in an effort to disprove the publisher’s assertion was false.

Cruise answered, “Listen, I find that question offensive. I find it — those statements offensive. And like with any relationship, there are many different levels to it. You know, I — I find it very offensive. There is no need to protect my daughter from my religion.”

The attorney repeated the question, asking if Cruise believes the published contention to be false. “I believe it is a false statement,” Cruise responded.

Bauer’s attorney clarified what required answering: “And Ms. Holmes has never indicated in any way that that was one of the reasons that she left you?” adding, “To protect Suri from Scientology?”

Cruise responded, “Did she say that? That was one of the assertions, yes.”

The actor said later in the deposition that Suri is no longer practicing Scientology.