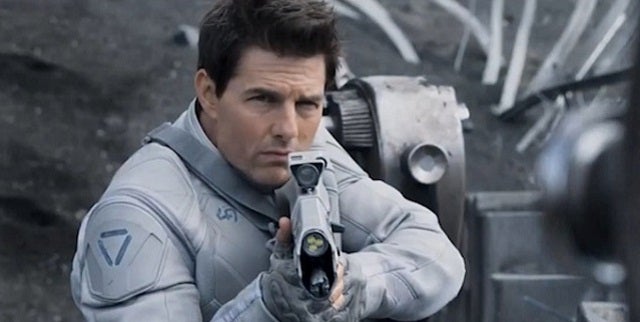 Universal Pictures has pushed the Imax release date for the Tom Cruise sci-fi movie "Oblivion" from April 12 to April 19, the studio announced Tuesday.

The shift allows Universal to maximize Cruise's international publicity efforts, expanding in several territories overseas where the film starts rolling out the weekend of April 12 and returning in time to promote the film in the U.S.

The shift also gives the 3D re-release of "Jurassic Park" an additional weekend to play in Imax theaters before "Oblivion" movies in.