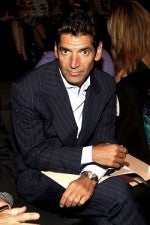 Vogue publisher and longtime Condé Nast executive Tom Florio is set to leave the magazine at the end of June.

Florio, who’s 54, told the Wall Street Journal he wants to set out on his own.

Florio has been publisher of Vogue since the mid-1980s.

"I’ve been here a long time and I really love the place," he told the paper. "So it’s not like I’m unhappy. But if I don’t do this now, then when?"

Through March, Vogue’s ad pages were flat over last year — which isn’t the worst thing in the world, considering the industry was down an average of 9.4 percent.

Vogue’s ad pages fell more than 30 percent in 2009 — part of one of the roughest years in Condé Nast history.