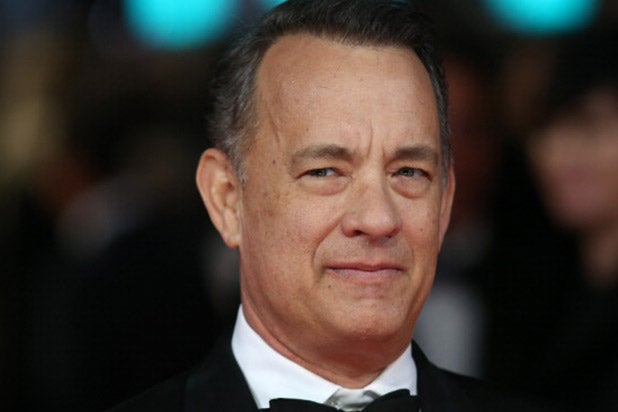 “Sully” star Hanks continued his campaign to be The People’s Star over the weekend, spicing up a newlywed couple’s wedding-photo session with a surprise guest appearance in New York City’s Central Park.

“Yesterday’s wedding was so beautiful! Elisabeth and Ryan you planned one amazing celebration,” Miller wrote on Instagram on Sunday, with photos accompanying the encounter. “The icing on the cake was @tomhanks stopping in Central Park to wish them congratulations.”

Hanks also posted a photo of himself with the seemingly happy couple, writing, “Elizabeth and Ryan! Congrats and blessings! Hanx.”

Hanks, 60, has developed a growing reputation as an Internet prankster. Back in 2012, he posed for photos with a seemingly wasted — he was actually play-acting — fan.

And last year, the actor harnessed his social-media clout for good, alerting a Fordham University student that he had found her student ID.

“Lauren! I found your Student ID in the park,” Hanks posted to Twitter, along with a picture of the student’s identification cad. “If you still need it my office will get to you. Hanx.”

A photo posted by Meg Miller Photography (@megmillerphotography) on Sep 25, 2016 at 7:06pm PDT