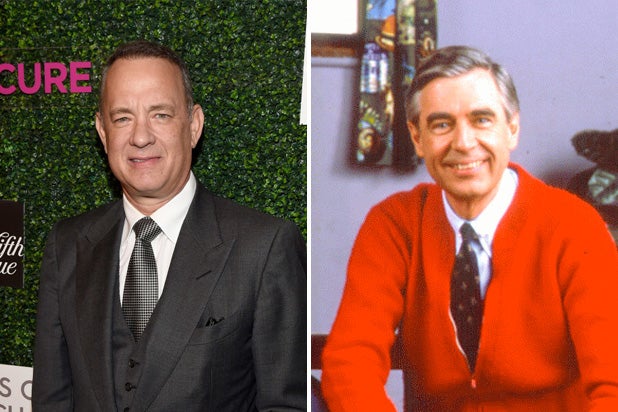 Sony Pictures has announced the official title of Marielle Heller’s upcoming biopic based on the life of Fred Rogers. The film, now titled “A Beautiful Day in the Neighborhood,” will star Tom Hanks as the host of “Mister Rogers Neighborhood” and will be released by TriStar in October 2019.

The film tells the true story of Rogers relationship with Tom Junod (Matthew Rhys), a jaded reporter who has begrudgingly accepted an assignment to write a profile about the children’s TV host. But as the two talk, Junod realizes that Rogers’ sincerity is genuine, and his worldview is completely changed by the man with whom he becomes a lifelong friend.

Micah Fitzerman-Blue and Noah Harpster wrote the script, with Marc Turtletaub, Peter Saraf, and Youree Henley. 2019 will also see Hanks return to voice the cowboy Woody in Pixar’s “Toy Story 4” and star in the Sony World War II drama “Greyhound,” which he is also writing and producing.

Watch Every Sketch From Tom Hanks' Return To 'SNL' (Videos)

Hanks played Capt. Sullenberger, a Trump supporter on “Black Jeopardy” and Ron Howard on his ninth go-around as “SNL” host

Tom Hanks has returned to "Saturday Night Live" to host for the ninth time, and he definitely didn't disappoint. Here are the best moments from the October 22 episode with links to each sketch.