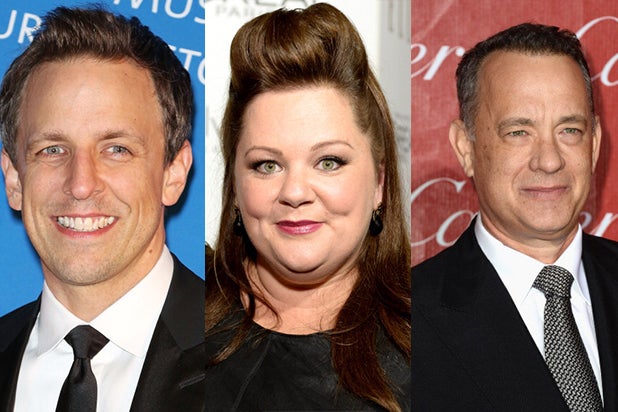 The previously announced initial wave of Golden Globe presenters are bringing along some famous friends on Sunday.

Fey and Poehler are also contracted to host next year as well, continuing previous host Ricky Gervais’ own three-peat. Prior to Gervais and dating back to 1995, hosting duties were by-committee.