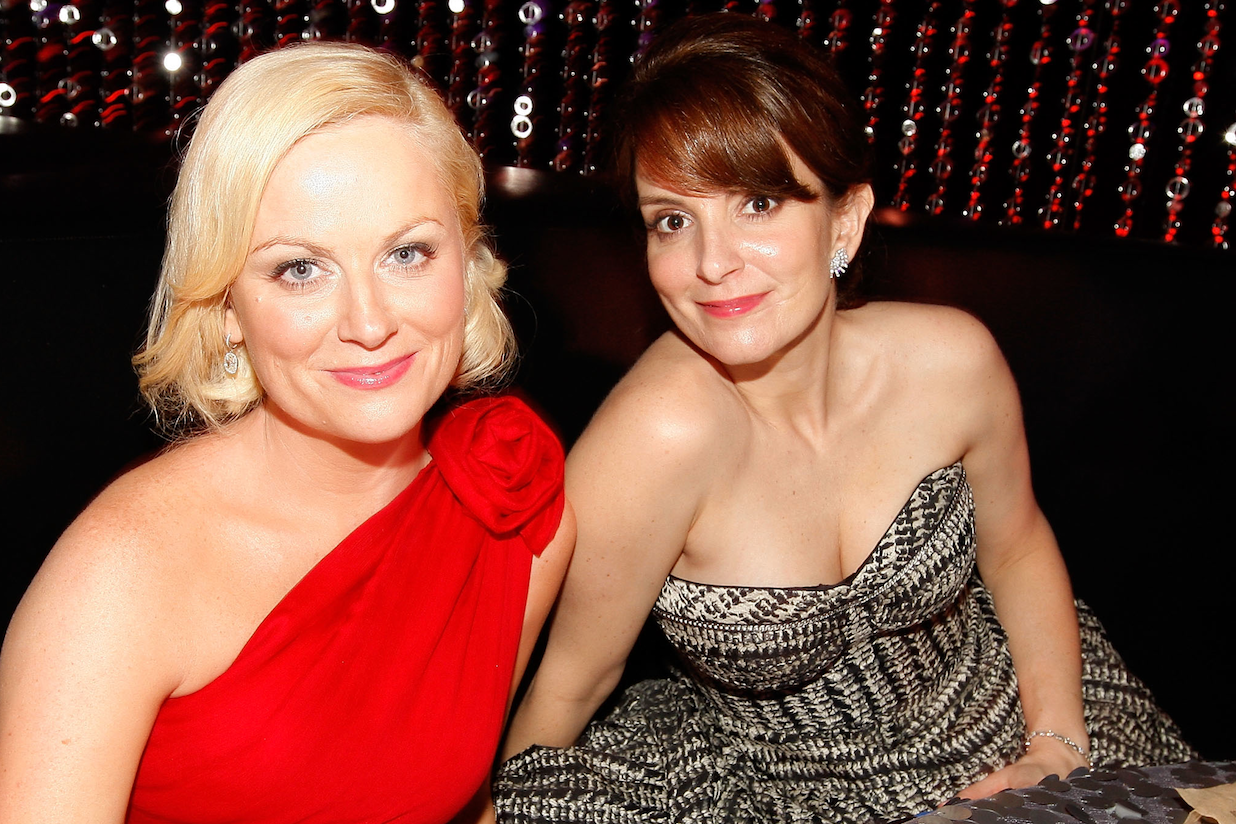 The Golden Globes arrive Sunday as the Academy Awards’ ruder, cruder, and boozier cousin. Perhaps its those elevated blood alcohol levels, because in recent years, the Globes has surpassed the Oscars as the best televised awards show.

In the constellation of film honors, the Oscars is still king, but the weight of that crown has increasingly resulted in an event that is ponderous, forgettable and filled with self-congratulatory tributes to everything from movie musicals to the magic of editing. Let’s just say the Academy’s finger isn’t even drifting in the general direction of society’s pulse, perhaps because the show has an average viewership and voting body that ranges from dead to post-mortem.

In contrast, ever since Ricky Gervais tossed a stick of dynamite in the Hollywood Foreign Press Association’s lap when he first hosted the show in 2010, and gleefully sent up the organization’s loose standards and the movie business’ pretensions, the Globes has become wicked, unpredictable fun. While the Oscars has resorted to hosts that are more staid (Billy Crystal, again) or random (the great Franco/Hathaway experiment), the Globes have continued to bet on the best voices in comedy to anchor their program with Tina Fey and Amy Poehler, not just the biggest names.

It’s also been a must-see event where actual news is made. While accepting last year’s Cecil B. DeMille award, Jodie Foster “came out” as a lesbian — well, that seemed to be what she was blathering about — in contrast, most Oscar winners use their time on the international stage to thank their agents.

So while winning an Academy Award may be most actors’ childhood fantasy, here are five reasons why watching the Globes should be the rest of the world’s favorite awards season indulgence. Oscars producers take note.

1) Brought to You on an Ocean of Booze

There are virtues to having an open bar at an awards show. Jack Nicholson mooned the audience while accepting his statue,  Christine Lahti and Renee Zellweger were stuck in  the bathroom when their names were called out, and Tracy Morgan declared himself the face of post-racial America after “30 Rock” won Best Comedy. Liquid courage may have had nothing to do with these water cooler moments, but all those constantly refilled champagne glasses contribute to an atmosphere that’s looser and zanier.

Even when it’s cringe-inducing — as in the case of Elizabeth Taylor’s teleprompter mishap –at least this evening to regret, is memorable for the little people.

The Hollywood Foreign Press Association members are a notoriously star-struck bunch, given to nominating performances of questionable merit purely so Johnny Depp and Angelina Jolie will come and break bread with them. Yes, that’s a “Tourist” reference. However, one virtue of their relentless pursuit of celebratory photos and their bizarre ability to allegedly be bribed with Cher tickets, is that the organization isn’t terribly interested in the craftsmen and women who make the film industry hum.

That means its broadcast doesn’t have to waste hour upon hour handing out awards to worthy, but let’s face it, slightly dull technicians such as cinematographers and costume designers. Instead, it can double the number of celebrity acceptance speeches by creating separate categories for comedies and dramas. So many stars, viewers could go blind!

3) Leave the Tap Shoes on the Shelf

Last year’s Oscars overflowed with more musical numbers than the Tonys, but most of those razzle-dazzle numbers were delivered with an atonality that didn’t exactly smack of Broadway. Instead of doing big band number after big band number, the Globes avoids backup dancers and bandleaders with the same rigor that they steer clear of a transparent membership requirements and rigorous ethical standards.

That in turn puts the focus on Hollywood’s beautiful people, who have many gifts, but as Russell Crowe in “Les Miserables” proved, singing isn’t usually one of them.

4) TV Gets a Seat at the Table

Unlike the Oscars, the Globes is equal opportunity when it comes to television and film. Given that so much of the best work being done today is on shows like “Breaking Bad,” “Mad Men” and “Game of Thrones,” that makes for a much more representative evening of excellence. With big screen stars such as Matthew McConaughey and Kevin Spacey now routinely popping up on shows such as “True Detective” and “House of Cards,” the old barriers between film and television are collapsing.

That makes the Globes the show of the future, while the Oscars smacks of the past.

5) Hosts that Actually Make Us Laugh

Maybe it’s a tough crowd out there in the Dolby Theatre, but most recent Oscars hosts have died on stage. Billy Crystal seemed mummified, James Franco appeared to be in an altered state where comedy was not welcome and the best that could be said about Seth MacFarlane was that he was occasionally crass. In fact, the most successful recent host, Hugh Jackman, largely avoided joke-telling altogether, preferring instead to offer up the Oscars equivalent of a cabaret act.

In contrast, Amy Poehler and Tina Fey make it look easy. Whether its calling Quentin Tarantino the “star of all my sexual nightmares” or warning man-eating Taylor Swift to stay away from Michael J. Fox’s young son, the two “Saturday Night Live” alums stuck the landing again and again. Seriously. Basically every joke they made was funny. When was the last time you could say that about an Oscars host?