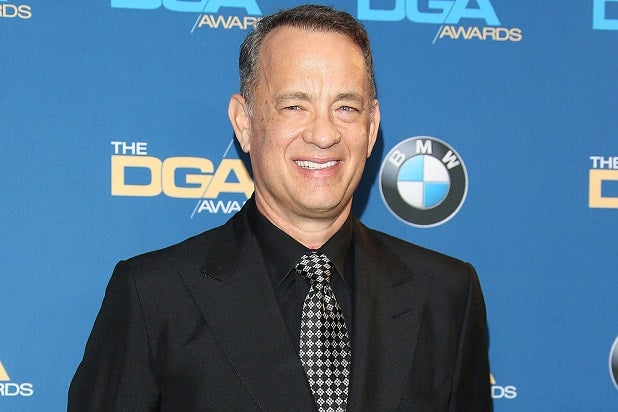 Reporters in the White House are enjoying their coffee this morning thanks to Tom Hanks.

The Oscar winner gifted the press corps with an espresso machine on Thursday, accompanied by an uplifting note. “To the White House Press Corps. Keep up the good fight for Truth, Justice, and the American Way. Especially for the Truth part,” it read, per a photo captured by CNN’s Jake Tapper.

With President Trump bashing major media outlets like CNN as “fake news,” reporters probably need all the caffeine they can get. The president also recently banned news outlets The New York Times, BBC and The Guardian, among others, from a White House press conference.

This marks Hanks third gesture in 13 years of surprising the press corp. He first sent them an espresso machine in 2004, when he and his family were visiting the White House, according to CNN. One reporter Tweeted: “For those curious-this isn’t a Trump era thing. Hanks gave WH press an espresso machine in ’04, checked on it in ’10.”

More journalists also took to Twitter to thank Hanks for the latest upgrade.

Thanks @tomhanks for the new espresso machine at the WH. Third one he's given us over the years. pic.twitter.com/iAU0Cd8DM9

Thanks @tomhanks-very kind of you to send a new espresso machine to the White House press corps. We appreciated the other ones-nice upgrade! pic.twitter.com/2Ne2c2Rd96