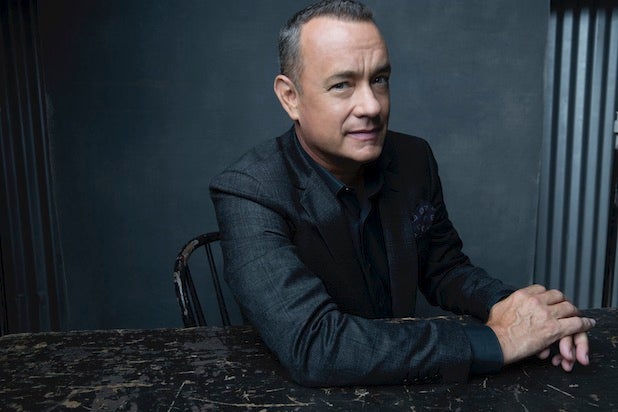 Tom Hanks will go to next year’s Golden Globes ceremony knowing he’s going to win an award, but it won’t necessarily be for his performance as Mister Rogers in the upcoming “A Beautiful Day in the Neighborhood.”

Hanks, who will likely be in the running for that film as well, is assured a prize on Jan. 5 because the Hollywood Foreign Press Association’s Board of Directors has voted to give him the 2020 Cecil B. deMille Award, the HFPA announced on Tuesday.

The annual award is given to an individual, most often an actor or actress, who has “made a lasting impact on the film industry,” in the words of an HFPA press release. The last five recipients were Jeff Bridges, Oprah Winfrey, Meryl Streep, Denzel Washington and George Clooney, with previous awards also going to Robert De Niro, Steven Spielberg, Warren Beatty, Barbra Streisand and Jack Nicholson.

Hanks is one of only two actors (Spencer Tracy being the other) to win the Oscar for Best Actor in back-to-back years, which he did in 1994 and 1995 for “Philadelphia” and “Forrest Gump.” He also won the Golden Globe for both of those performances, as well as for “Big” in 1989 and “Cast Away” in 2001.

Surprisingly, he has not been nominated for an Oscar since “Cast Away,” missing out despite performances in “Charlie Wilson’s War,” “Captain Phillips” and “The Post,” for which he was nominated for Golden Globes, as well as “Road to Perdition,” “The Terminal,” “Saving Mrs. Banks,” “Bridge of Spies” and “Sully.”

“A Beautiful Day in the Neighborhood,” which was directed by Marielle Heller and also stars Matthew Rhys, premiered at the Toronto International Film Festival and won positive reviews, particularly for Hanks’ performance as the beloved children’s television host.

Golden Globe nominations will be announced on Dec. 9 and the ceremony will take place at the Beverly Hilton Hotel.