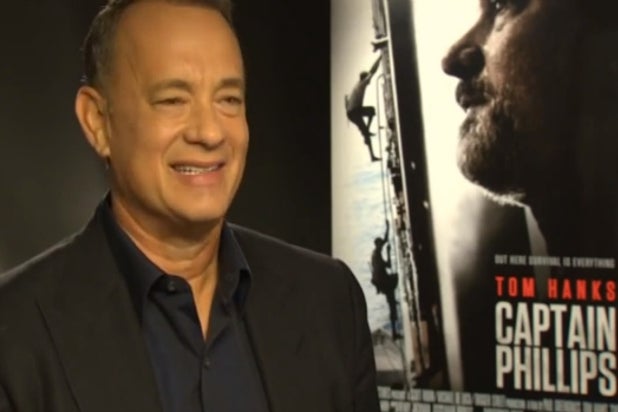 Tom Hanks has accomplished more than most actors on the planet, but one thing he hasn’t done (yet) is play a superhero.

The man behind Captain Phillips wants in. There’s just one problem, no one has asked the two-time Academy Award winner.

He continued with options, “Even let me play a bad guy. Let me play the bad guy against Batman. I’ll do anything. Come on, call me. They’ve never asked. What do I gotta do?”

At 57-years-old, the young-at-heart Hanks is still hanging on to the popular boyhood fantasy: “God, I want to throw a shield at somebody, you know?” Hanks said. “I want that.”

And don’t try to stick him in some Clark Gregg-ish role: Hanks wants the colorful spandex, though he knows his time has passed.