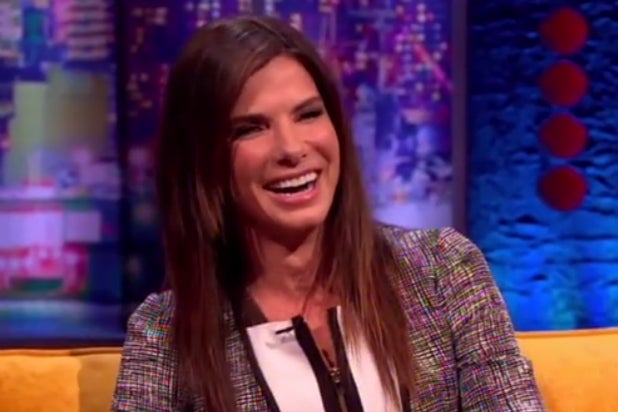 Sandra Bullock would have done anything to impress a boy she liked in high school. Her choice: learning all the lyrics to the Sugar Hill Gang’s “Rapper’s Delight” and spitting them at him during a school dance.

Somehow, it worked back then — and it worked this weekend on the fifth season premiere of ITV’s “The Jonathan Ross Show,” too.

Bullock was hesitant but dead-on in her performance of the first group of bars to the classic hip-hop tune.

Especially gracious? Tom Hanks, who was there to plug “Captain Phillips” — the biggest competition for Bullock’s runaway blockbuster, “Gravity.” The two later played chopsticks on the giant piano from Hanks’ big movie “Big.”

Despite the hugely successful space movie, it’s good to see Bullock remains down to Earth.