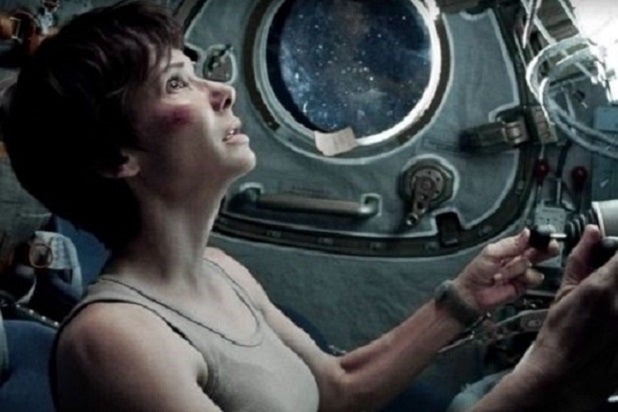 When it comes to box office, you can take Sandra Bullock to the bank.

The weekend’s $55 million opening for “Gravity,” the stranded-in-space saga in which she stars with George Clooney, put an exclamation point on that and adds another jewel to her late-career renaissance.

Warner Bros.’ “Gravity” marked her the fourth consecutive wide release that’s opened bigger than her last. Her last three major films – “The Proposal,” “The Blind Side,” “The Heat” – opened to $33 million, $34 million and $39 million respectively, before the “Gravity” debut went into the stratosphere.

In other words, she’s getting better with age, at least in terms of the box office.

Other than Meryl Streep or maybe Julia Roberts, it’s rare for a middle-aged woman to be a box-office force. But the 49-year-old Bullock is just that.

Also read: Why ‘Gravity’ Should Stay in Box-Office Orbit Through the Oscars

“The Heat” is at $226 million in worldwide grosses, but “The Proposal” and “The Blind Side” both topped $300 million globally, and “Gravity” is headed that way.

“She has a unique sort of star power that really makes her different,” said Bock. “She’s not a Michelle Pfeiffer-type beauty, for example, but she has a luminescence and a personality that’s really engaging. When she does a project, she really commits to it, and she comes off as really likable in interviews.”

Bullock is set to voice a character in Universal’s upcoming “Despicable Me” spin-off “Minions,” but beyond that her film plans are unclear. They don’t seem to include a follow up to her buddy cop comedy with Melissa McCarthy.

“I’m not doing a sequel to ‘The Heat,'” Sandra Bullock told TheWrap at the “Gravity” premiere in New York last week. “I’ve done two sequels. They were horrible. What Melissa and I had was beautiful. We might do another film together. I think we should do a silent film together.”

Twentieth Century Fox is steaming ahead with plans for another project with “Heat” director Paul Feig, however, and she could wind up in that.

At this point, what we know is that whatever film she winds up doing will have a very good chance at box-office success.