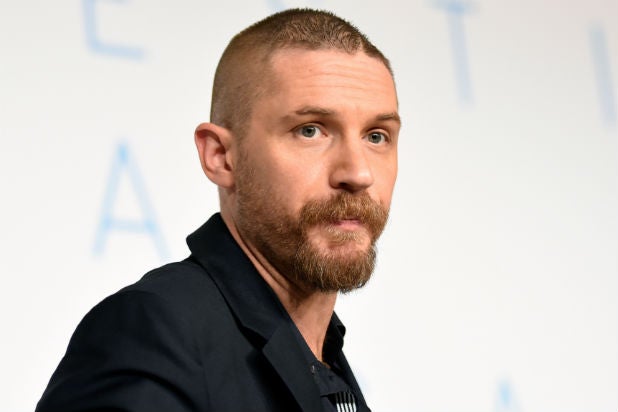 Tom Hardy channeled his inner “Mad Max” on Tuesday when he helped apprehend two teenagers who attempted to steal a motorbike near his home in southwest London.

According to an eyewitness who spoke to The Sun, Hardy ran through some back gardens near his home in Richmond and grabbed one of the two suspects after they crashed the motorbike into a vehicle.

Police later confirmed with the BBC that one of the suspects had been arrested by officers while the other was chased down by the “Taboo” actor. Both are now in police custody on charges of theft of a motor vehicle.

“We can confirm that there were two people on a stolen moped that went through a red light and crashed into another vehicle,” the Richmond Police spokesman said. “The males ran off and one was detained by Tom Hardy. Both suspects were initially taken to hospital with non-life threatening injuries.”

The witness says Hardy grabbed the suspect while chasing him down the street and then checked him for concealed weapons.

“I asked Tom what happened and he told me he chased him through my back garden and caught him around the block,” the witness said, adding: “but the route was like an assault course.”

“It was mental – like he’d switched to superhero mode in an action movie.”