Have you been dying to see Tom Hardy as Eddie Brock in the upcoming film “Venom?” Well, the first official image from the movie is here!

In the image, first obtained by IGN, Hardy is in full reporter mode. Images of Hardy post-transformation are being kept under wraps.

“Venom” is from Sony’s Marvel Universe of characters and will not be a “Spider-Man” spin-off. Venom is one of the most popular superheroes in the Marvel Universe and dates back to the 1980s when Spider-Man briefly adopted a black costume which later turned out to be a living alien being. Photographer Eddie Brock was able to merge with it and become the horrifying, sharp-fanged Venom. Brock was played by Topher Grace in “Spider-Man 3.”

Throughout Marvel Comics history, “Venom” has appeared alongside “Spider-Man,” “Iron Man,” “Deadpool,” “Hulk” and many other Marvel Comics characters.

Ruben Fleischer is directing the film, based on the script that will be written by Scott Rosenberg (“Jumanji”) and Jeff Pinkner (“The Dark Tower”). Avi Arad and Matt Tolmach are producing with Amy Pascal. 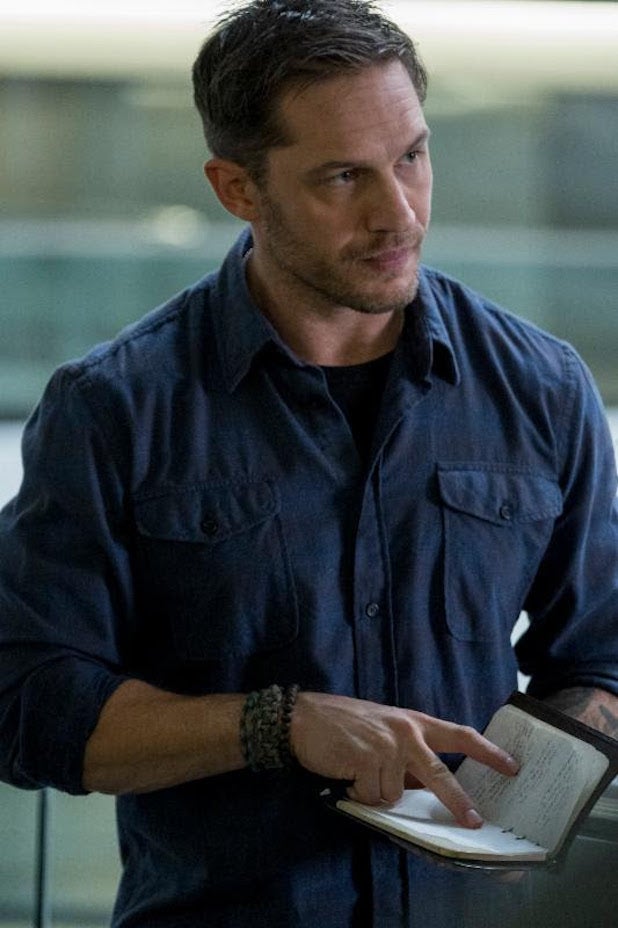