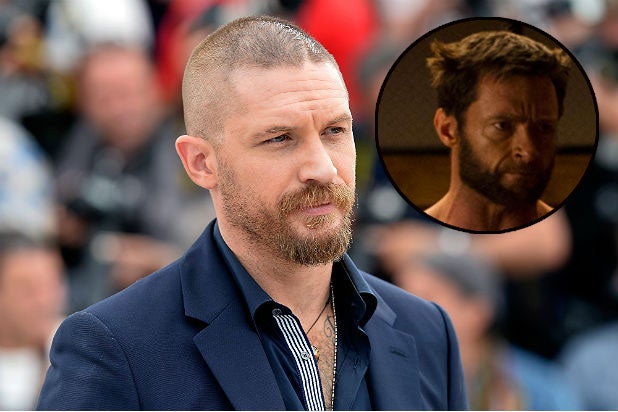 Hugh Jackman is hanging up his claws following “Wolverine 3,” and oddsmakers have been taking bets on who should take over the superhero role.

There is now a new frontrunner thanks to the X-Men mutant himself.

“I thinkuld be a great Wolverine,” Jackman told MTV News. “He is younger than me for sure,” said the 46-year-old Australian actor of his 38-year-old British counterpart.

Also Read: Tom Hardy Shuts Down Reporter Asking About His Sexuality: 'What on Earth Are You on About?' (Video)

Jackman also admitted that while he has been asked the question a lot, he “hasn’t really given it a lot of thought… I’m always like, ‘I don’t wanna make it too easy on the studio to replace me,’ you know? I’ve still got one more [film] to do. I’m sure they’re already talking about it, and there’s some actor [they’ve told] ‘shh, keep it quiet but we want you next.'”

Having first portrayed Logan/Wolverine in 2000’s “X-Men,” Jackman has gone on to play the role five consecutive times since. He isn’t saying goodbye to the franchise just yet, however, as “X-Men: Apocalypse” will be released on May 27, 2016, followed by “Wolverine 3” in March 2017.