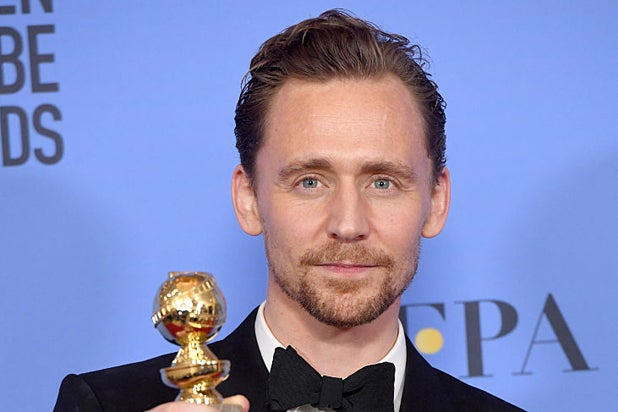 Tom Hiddleston is set to star in Netflix’s upcoming British political-thriller series “White Stork,” which was given a 10-episode series order Tuesday.

The series, which is about “the paradox of truth in a post-truth world,” comes from Eleven, the company behind Netflix’s popular “Sex Education” series. Christopher Dunlop is the creator. Kristoffer Nyholm will direct.

Here is the official description for “White Stork.”

“When James Cooper is selected to run for a seat in parliament, Asher Millan is sent to vet him for primetime. But she quickly uncovers potentially damaging secrets buried deep in James’ past. Secrets that will threaten to blow everything  apart – his career, his marriage, even the powerful people backing his campaign.”

Hiddleston is also set to star in Disney+ and Marvel Studios’ upcoming 2021 “Loki” series alongside Owen Wilson. The project will follow an  alternate version of Hiddleston’s popular “Avengers” character after he escaped with the Tesseract following the Avengers’ “Time Heist” in “Avengers: Endgame.” The series will also directly connect to the upcoming film “Doctor Strange and the Multiverse of Madness,” which will be released in May 2021.

The British actor is also known for roles in films like 2015’s “Crimson Peak” and 2017’s “Kong: Skull Island” — and for briefly dating Taylor Swift, whose “Miss Americana” documentary has been a big hit this week on Netflix.