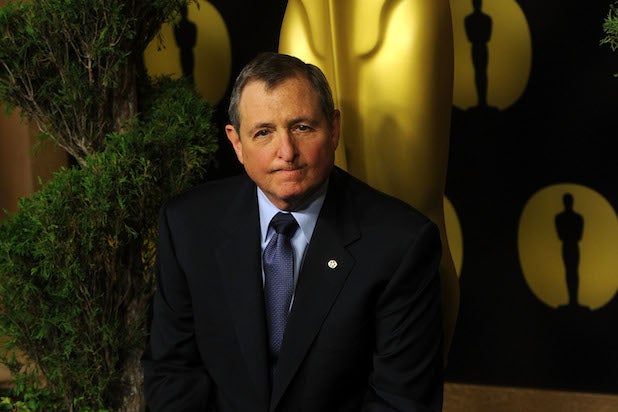 Through marriage and good fortune I grew up in this business. One of my stepfather’s best industry friends was an irascible but wonderful older gentleman named Merton Shapiro.

Mert had inherited his father’s chain of cinemas, SamEric, in Philadelphia. When we came as kids to L.A., every Sunday during the NFL season we would go to Mert’s bungalow at the Beverly Hills Hotel to watch his beloved Eagles play while munching on Nate’n Al’s delicious deli food.

When I moved to Los Angeles I relished those lunches as it was a chance to meet Mert’s friends — the studio distribution guys that he bought movies from for his theaters. It was at one of those lunches that I met Tom Sherak, another diehard Philadelphian. Tom was funny and opinionated and in Mert’s eyes “a real guy amongst bullshitters and hustlers.”

In the early 1980’s I worked for my stepfather and produced seven films with him. In ’87 I felt confident enough to go it alone figuring I knew everything — rubbish — I knew nothing.

Mert very kindly let me use his office in Beverly Hills to get started. Since he had by then sold the cinemas he had nothing but time on his hands and he gave this young man hours of lessons on how the distribution business worked — bookings, collections, settlements, percentages … on and on — ideas and concepts that still hold true.

Meanwhile, I started making my own films. One of those was “The Chase” with Charlie Sheen.

While my partner Brad Wyman and I were shooting the film Fox picked it up for distribution — a huge win for two young producers. The week before its release Tom Sherak — Mert’s old friend and now head of distribution for Fox — unexpectedly invited us to come to the studio Friday night and sit with him as the first grosses came in.

You can only imagine the high we were on our first big studio release and being invited over by the president of the studio.

Friday night arrives and we are sitting on the sofa in Tom’s huge office on the lot. Tom begins to call his regional heads and write down numbers. We can tell from his body language they are not good.

An hour and a half later it was clear that the film had not performed. We were crushed and after our crestfallen goodbyes we walked out of the office. Tom followed us into the corridor and catching up to us he said, “Kids, you did something very few people in this business can do — you made an independent movie and got a studio to release it. The trick in this business is to never give up. Keep the bat in your hand. Keep walking up to the plate. One day you will hit it out of the park.”

I never ever forgot his words.

Soon after I went to William Morris and I put the bat into many people’s hands. And when some of those movies didn’t work I always repeated Tom’s words to the producers.

I saw Tom many times after and one afternoon we reminisced about that night of “The Chase.” “I knew the picture wasn’t going to work kid, but I didn’t want you to be alone when you heard the news. I wanted to be with you guys and to encourage you — the lifeblood of our businesses is young people.”

When the merger occurred at Morris I wanted to produce again — “to pick up the bat again.” As luck would have it, some 20 years after the chase, I produced “The Butler.”

The man running distribution for the Weinsteins is Erik Lomis, Mert shapiro’s young booker at SamEric before Mert sold the chain, a son of sorts to Mert and a protégé of fellow Philadelphian Tom Sherak.

When Erik saw an early cut of “The Butler,” he came up to me outside: “That’s a bull’s-eye, kid,” he said. “This will be your first $100 million movie and nothing gives me greater pleasure than to make it so. We are linked by the history of this town and Mert’s memory.”

The weekend it opened I flew to New Orleans to be with one of our lead investors, Buddy Patrick, and his family. I knew by then what was going to happen. Finally after some 60 at-bats I had hit one out of the park. All night I thought about Tom’s words and how he made me never give up.

Much is being written about his amazing philanthropic work and his wise words that defined him. I will never forget his kindness to me as a young man, a rarity in our business; and as he is laid to rest I hope that I never forget to be as kind to others. He was this man to many, and if that is his legacy, what an amazing one to have.

Rest in peace, my friend.

BIO Cassian Elwes
Cassian Elwes, an independent producer and agent, is widely regarded as one of the most influential people in the indie world. A former co-head of The William Morris Agency's independent division, Elwes is an expert in the field of arranging financing and distribution for indie films. He has produced, financed and arranged distribution for dozens of films, including "Lee Daniels' The Butler," "Lawless," "The Paperboy," "Dallas Buyers Club" and "Ain't Them Bodies Saints."

Cassian Elwes, an independent producer and agent, is widely regarded as one of the most influential people in the indie world. A former co-head of The William Morris Agency's independent division, Elwes is an expert in the field of arranging financing and distribution for indie films. He has produced, financed and arranged distribution for dozens of films, including "Lee Daniels' The Butler," "Lawless," "The Paperboy," "Dallas Buyers Club" and "Ain't Them Bodies Saints."