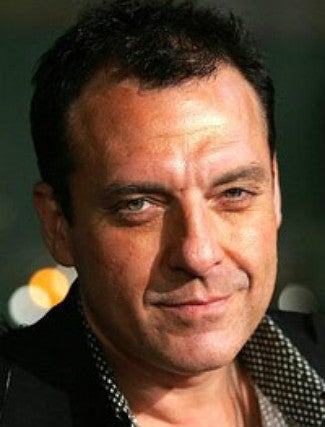 Tom Sizemore, the actor and “Celebrity Rehab” star, gave an interesting interview to The Fix — the new website focused on addiction recovery, recently launched by Maer Roshan, the former editor of Radar.

In it, Sizemore — who says he’s been sober for almost two years — revealed several interesting things, especially for those who follow spectacular Hollywood crashes like Sizemore’s:

>> He explained how he’s been able to keep sober after failing at previous attempts: “It [has been] a few things: I [am] no longer young and addiction is a young man’s game. Also, I missed myself. And I didn’t want to die. Now that I have real clarity, I realize how dangerous what I was doing was. Not only were the drugs dangerous but also the people I was dealing with: drug dealers, hookers, layabouts, gangsters. I was so ashamed of myself that I couldn’t even go around Hollywood people doing drugs so I found myself with — well, not street people but people above it: people who just live to use and use to live.”

>> He’s gotten a lot of advice from Robert Downey Jr., especially about staying sober while re-entering the Hollywood workforce: “Robert told me this was inevitable: you really want your career back, then you get it back, and you’re like, ‘Whoa.’ You think you might get f—ed up again because you have access to things again. And you worry you may disappear.”

>> Sizemore apparently had a public breakdown recently at the gym, after realizing an upcoming role requires him to take his shirt off. “I had a complete breakdown — in public, kind of, in the gym, when I took off my shirt and just went, ‘Oh God.’ But I have the capacity to worry about things that I shouldn’t.”

>> Downey told Sizemore to hire a live-in sobriety companion, which he did: “Robert says that you are thinking about using drugs even if you don’t think you are. He told me I should [hire him]. He said, ‘In the whole scheme of things, it’s not a lot of money compared to what you’ll make if you stay clean. If this guy helps you not use one time, he’s worth every dollar.'”

>> And about his experience on “Celebrity Rehab,” he said: “When I first went in there, I was such a wreck, I didn’t even really realize the cameras were there. … Now I kind of like the fact that I was on the show. I hated it before. I just thought it was for washed-up re-treads. … I didn’t think about it much because I just wanted to get clean but when the show did finally air, I was like, ‘Oh my Goodness.’ I couldn’t watch it in the beginning.”

Read the entire interview at The Fix.