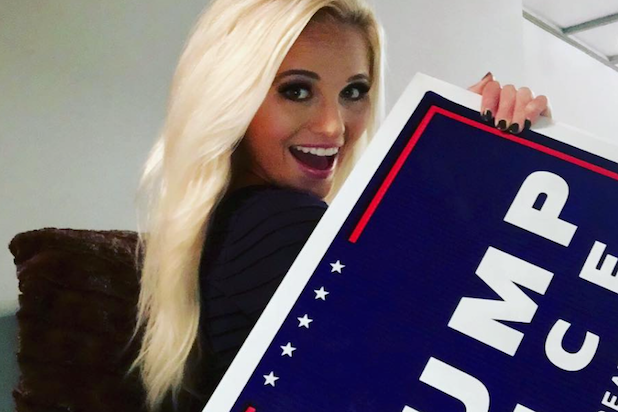 “The country and the world will hold us to a different standard than the opposition, the protesters, marchers, Hard Left and violent dissent. They will be waiting and hoping we stoop to their level. Prove them wrong,” Lahren wrote on Facebook. “Show these folks we are proud Americans and we hold ourselves to a higher standard.”

“If they taunt you, heckle you or otherwise antagonize you for attending the inauguration or supporting our President- take the high road,” she continued. “Don’t let their negativity, pessimism, or insecurities bring you down.”

While several groups are expected to protest the inauguration, Lahren said “they won’t ruin this for us” if Trump supporters “meet their hate with our faith and patriotism.”

TheBlaze host said it’s time to “pray for our opposition, especially the violent ones,” because, “It’s time to Make America Great.”

She concluded with the following message: “Stand in your truth. Look down on no one. Brush off your thick skin and open your soft hearts. God Bless and take care.”