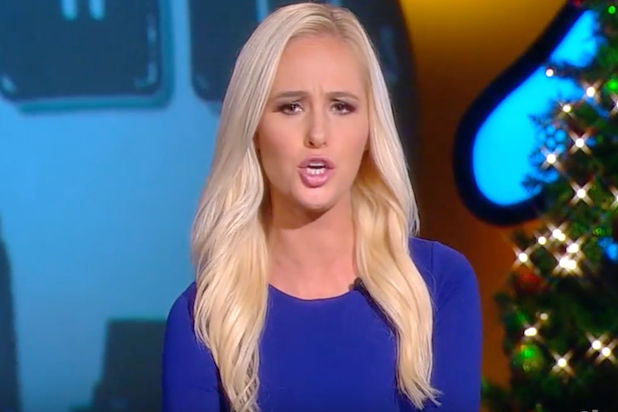 PETA is not getting a kick out of Tomi Lahren’s latest move.

The animal-rights group issued a scathing condemnation of Fox News contributor Lahren, after Lahren said that she had kicked her dog “about five times” because the dog was bothering her during a “Fox & Friends” appearance Wednesday morning.

“Only a heartless person would kick a dog just for doing what dogs normally do — and a reasonable person would simply have moved out of the way or moved the animal,” PETA’s Senior Director of Cruelty Casework Stephanie Bell told TheWrap in a statement.

“Why don’t you tell the world what you were doing during my entire ‘Fox & Friends’ hit,” Lahren said in an Instagram story posted Wednesday. “Oh I know, chewing on her damn bone as loud as she possibly could. So I had to kick her about five times during the show.”

The dog, Kota — which has often been featured on Lahren’s Instagram account — did not appear to be in any physical danger at the time of filming and wagged its tail as Lahren recounting the incident.

However, as PETA’s Bell sees it, Lahren “needs lessons in basic empathy and logic.”