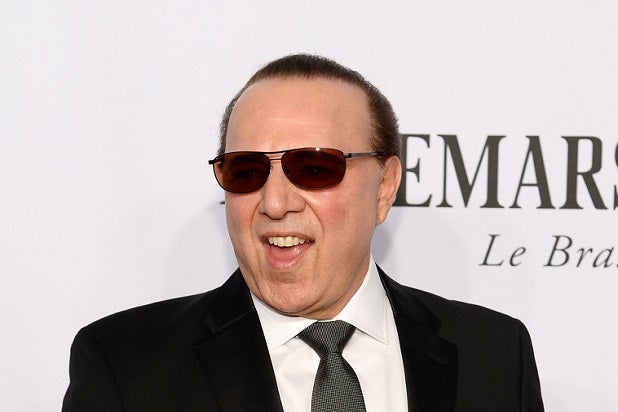 A publishing company is hoping that a judge will throw the book — or, rather, the lack of book — at Tommy Mottola.

The former CEO of Sony Music Entertainment has been slapped with a breach-of-contract lawsuit by Hachette Book Group, claiming that he failed to deliver on a book agreement with them.

In the suit, filed in federal court in New York on Monday, Hachette said it entered a deal in 2011 with Mottola. Under the agreement, the suit says, Mottola would write a work tentatively titled “The Bronx School of Business, which would “explore numerous streetwise business principles that led the Author [Mottola], a college dropout from the Bronx, to run Sony Music Entertainment and transform it into one of the most successful global music companies in history, while creating one of the strongest management teams in the industry.”

Hachette claims that it ponied up $150,000 in advance money to Mottola, with the requirement that he would tirn in a manuscript by April 2, 2012. However, the suit claims, that date came and went with no manuscript.

According to the suit, the publisher sent two extension amendments to the contract, which would have pushed the deadline back, but Mottola didn’t sign either of them, and never turned in the book either.

A spokeswoman for Mottola has not yet responded to TheWrap’s request for comment.

The company said that it sent Mottola a letter in June 2015 demanding its advance back but, like the manuscript, that never materialized either.

Alleging breach of contract, Hachette is asking for its $150,000 back, plus interest.