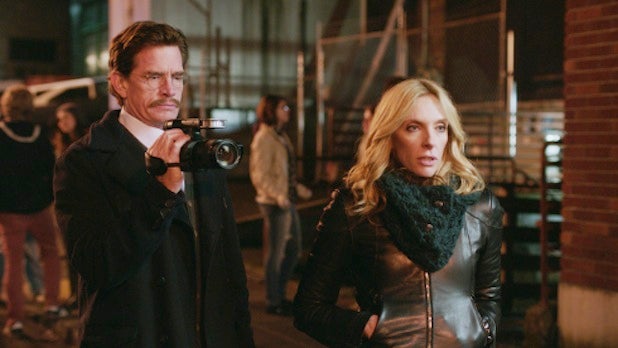 The film is presented by MyMy Productions in association with Tangerine Entertainment.

Collette plays an unconventional rock journalist who is assigned to explore her own past by her magazine’s editor (Platt). Joined by an eccentric would-be documentarian (Haden Church), she sets out on an emotional treasure hunt in order to finally rid herself of her “ghosts” and get on with life.

“Lucky Them” was produced by Wachtel, Amy Hobby and Adam Gibbs, while Joanne Woodward and Peer Pedersen served as executive producers.

“Toni and Thomas give fantastic performances, and this film is an effervescent and hilarious portrait of one woman’s self-examination that is bolstered by an excellent supporting cast,” said Jonathan Sehring, president of Sundance Selects/IFC Films.

Also Read: IFC Films Picks Up US Rights to Star-Studded Indie Rom-Com ‘A Case of You’

The deal was negotiated by Arianna Bocco for Sundance Selects/IFC Films with John Sloss of Cinetic Media on behalf of the filmmakers.