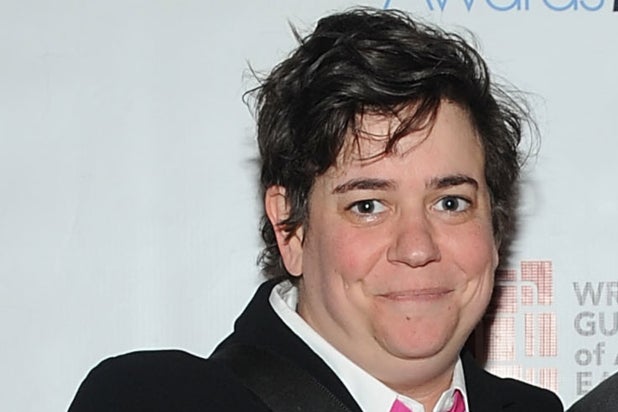 Rebecca Drysdale is leaving as head writer for “The Tonight Show” after only 6 months.

Drysdale announced the news in a private Facebook message, according to the Chicago Sun-Times. A rep for the show did not immediately respond to TheWrap’s request for comment.

Drysdale said the decision was mutual.

In her note, which was shared by the Sun-Times, Drysdale swore off of writing any jokes about Donald Trump, who is currently vying for a second term as president against former vice president Joe Biden. She told TheWrap her distaste for writing Trump skits did not play any role in her exit.

“I am making the decision for myself to never work on, write, or be involved with, another Trump sketch ever again,” she wrote, according to the paper. “I have landed in several jobs and situations over the last few years, not just ‘The Tonight Show,’ where the project of making fun of Trump, or doing material about Trump, has led to divided creative teams, anxiety, tears and pain. I can’t decide the outcome of this election, but I can make the choice for myself, to vote him out of my creative life.”

Drysdale is a veteran of “Key & Peele” and “All That.”

Her departure follows changes behind the scenes earlier this week.

Gavin Purcell is exiting as “Tonight Show” showrunner, a role he only planned to hold temporarily. He will be replaced by Jamie Granet-Bederman, who is bringing back former head writer Nedaa Sweiss to be co-showrunner through the rest of the year.

Purcell will return to his development deal at Universal Television — the one he had in place when he joined “The Tonight Show” — where he will work across a broad spectrum of genres, according to NBC. Sweiss, who served as head writer for “Tonight Show” from last year until February, will only be co-showrunner through the end of the year to help Granet-Bederman shape the show’s creative. Sweiss has sitcoms in development at ABC and CBS.

In an email to TheWrap on Thursday night, Drysdale said the comment about Trump had nothing to do with her departure from the show:

“The show is in the process of making several creative changes, and did not feel that I was the right fit for the voice of the show. I agreed,  and my parting ways with the show was completely amicable. Separately, I wrote in my private Facebook post, that there was some relief in the fact that I did not have to write Trump based comedy anymore on a daily basis, and am choosing not to do that moving forward. It has been a source of division and anxiety in several creative teams I have worked with in the past few years, and I am looking forward to not writing about him anymore. “