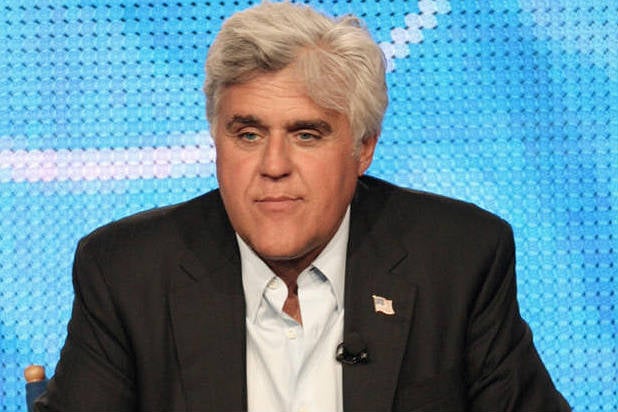 As Jay Leno prepares to pass the “Tonight Show” baton to Jimmy Fallon, the two NBC late night hosts both finished out 2013 on solid ratings notes.

“The Tonight Show” was No. 1 in the timeslot for the advertiser-coveted 18-49 demographic, averaging a 0.9 rating and 4 share throughout Q4. Jimmy Kimmel’s show was No. 2 in ratings, earning a 0.7/3 average over the three-month period. CBS’ “Late Show” was third with a 0.6/3 average season-to-date.

Leno has won his last 71 consecutive quarters versus Letterman in total viewers — dating back to the third quarter of 1995 — and 69 of his last 70 quarters in viewers in the key demo. In eyeball rankings, Letterman and Kimmel swapped places behind Leno’s 3.8 million viewer average. “The Late Show” averaged 3.0 million viewers, while Kimmel brought in 2.6 million.

Both Leno and Fallon enjoyed their most-watched Q4 in at least three years (five for Fallon).