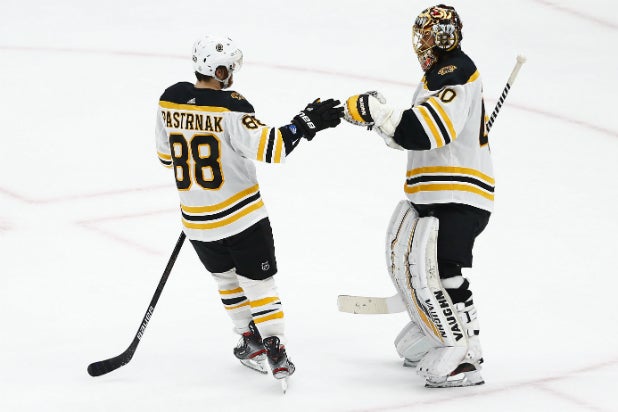 With a big Game 6 win, the Boston Bruins forced the two most exciting words in sports, “Game 7,” versus the St. Louis Blues in the NHL Stanley Cup Finals. The Bruins also handed NBC a big Sunday win, roughing up CBS’ Tony Awards.

Due to the nature of live sports, the below fast-national Nielsen numbers for NBC should be considered subject to significant — and upward — adjustment. For now, Game 6 scored a 1.9 rating/9 share among adults 18-49 and 6.1 million total viewers. The Tonys got a 0.8/4 and 5.5 million viewers.

With a bunch of game show season premieres on its schedule, ABC actually edged CBS in the key demo in terms of primetime averages. However, CBS finished No. 1 in viewers when averaging the totality of primetime — for now, at least.

NBC was first in ratings with a 1.6 rating/8 share in the advertiser-coveted 18-49 demographic and second in total viewers with an average of 5.4 million, according to preliminary numbers. A special “Deal or No Deal” at 7 p.m. had a 0.7/4 and 3.4 million viewers. The hockey game started at 8.

Univision and Fox tied for fourth in ratings, both with a 0.4/2. Univision was fourth in total viewers with 1.064 million; Fox was fifth with 1.059 million, airing all repeats.