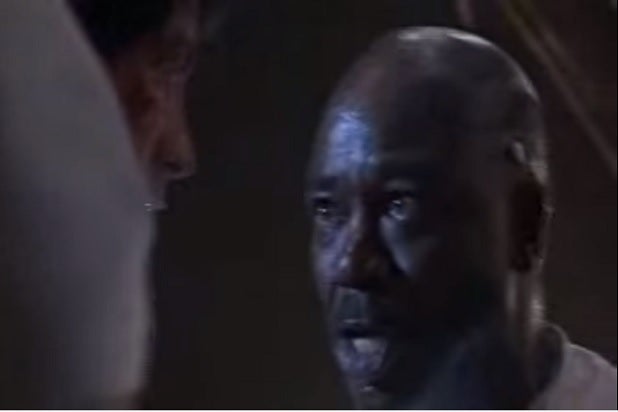 Tony Burton may not have been a main character in the “Rocky” franchise, but his scenes packed as much of a punch as any of his co-stars.

The former boxer and actor best known for playing Apollo Creed and Rocky Balboa’s trainer Duke Evers in the “Rocky” franchise, passed away at the age of 78 on Thursday.

In honor of his life and career, TheWrap looks back on some of the scenes from the iconic franchise that still give us goosebumps.

Burton was right there in the thick of the action for some of the best scenes across the first six “Rocky” movies, including Rocky’s pulse-pounding fight against Ivan Drago (Dolph Lundgren).

Duke tries to convince Apollo (Carl Weathers) not to go after a rematch with Rocky (Sylvester Stallone).

Duke gives Rocky a quick pep talk before he starts training for his fight with Soviet champion Ivan Drago.

Duke psychs Rocky up in the corner during the Drago fight by reminding Rocky that Drago is not some unbeatable machine.

Duke tells Rocky every reason he isn’t ready for the right against Mason Dixon (Antonio Tarver), not that it will stop them from training hard.