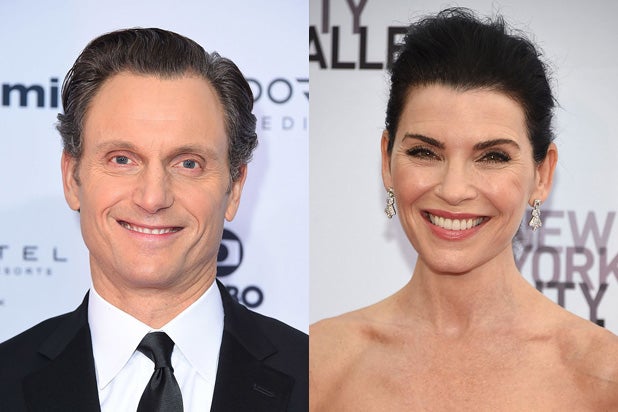 “Scandal” star Tony Goldwyn and “The Good Wife” alum Julianna Margulies will narrate “Above the Drowning Sea,” a documentary from Emmy-winning writer and producer René Balcer about Jewish refugees who found a safe haven in Shanghai during World War II. Nick Mancuso (“Under Siege”) will also contribute his voice to the project.

The film, which will be released theatrically this spring, depicts the thousands of Austrian Jews who were granted visas for China by Ho Feng Shan, a Chinese diplomat stationed in Vienna. After the Kristallnacht in 1938, Austrian Jews faced an increasingly dire situation in their home country and were not allowed to emigrate unless they had a visa from a foreign nation or valid boat ticket.

Acting against the orders of his superior, Ho issued thousands of visas that allowed Jews to escape to Shanghai, after which many later moved on to Hong Kong and Australia. “Above the Drowning Sea” contains eyewitness accounts from Jewish survivors and Chinese citizens who sheltered them.

Balcer and Nicola Zavaglia wrote and directed the film, which is a co-production of Balcer’s Mattawin Company, Time and RhythmCinema of Canada and Shine Express of Hong Kong.

“All my grandparents came here as Jewish refugees to a country that greeted them with open arms,” Margulies said in a statement. “When I was asked to narrate this film about refugees then and today, I immediately picked up the phone and said I’d do it. Who wouldn’t?”