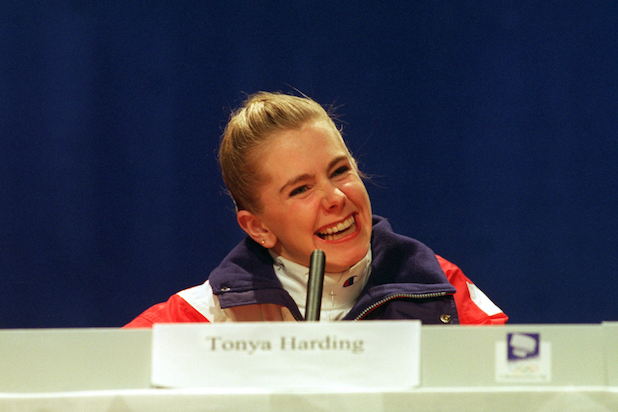 Disgraced figure skater Tonya Harding is opening up about the 1994 attack on former U.S. Olympic team teammate Nancy Kerrigan, telling ABC News in a new interview she was a “pawn” in the plot to injure her rival but added, “I knew that something was up.”

On the eve of the Lillehammer games 24 years ago, Kerrigan was struck on the knee with a baton by Shane Stant — a man hired by Harding’s former husband, Jeff Gillooly. Harding wasn’t officially charged in the attack, but pleaded guilty to conspiring to hinder the prosecution.

In a new two-hour interview with ABC News to air next week, Harding said she didn’t tell Gillooly to go through with assaulting her rival, but she did “overhear” the plotters saying “maybe we should take somebody out so we can make sure [Harding] gets on the team.”

The interview comes on the eve of the nationwide release of “I, Tonya,” a feature film depicting the events that stars Margot Robbie as Harding.

The four assailants behind the attack on Kerrigan served time in prison, while Harding was sentenced to a fine, probation and community service — and a lifetime of scorn from fans across the world.

In 2013, Gillooly told Deadspin Harding was in on the plan, saying “of course” she knew about it. “I think most people know that she did,” added Gillooly. Harding tells ABC that wasn’t the case, saying instead she “absolutely” believed she was a “pawn” in the assault.

ABC will air the special “Truth and Lies: The Tonya Harding Story” at 9 p.m. ET on Jan. 11. Check out a preview below.