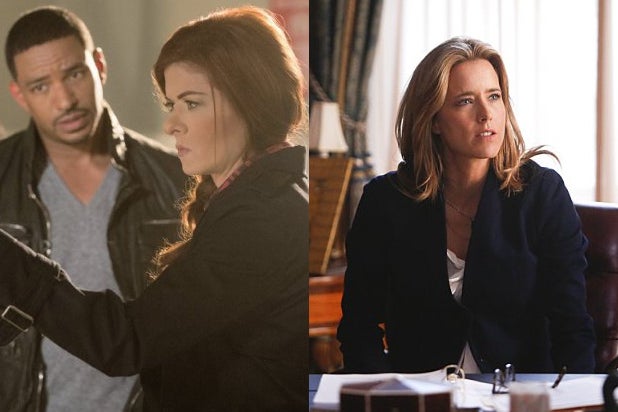 But first, breaking up the typical top-heavy football party at No. 6 was a strong “60 Minutes,” which opened the season to a 3.5 rating in the advertiser-sought 18-49 demographic. That said, the NFL could be credited a bit there too, since it provided a huge lead-in to the CBS news magazine program.

Other notable broadcasts making the mark include the “Dancing With the Stars” season premiere, which twirled to a 2.4 demo number on Monday. The Tuesday results show pulled a 2.2, notching its place a few slots down.

New to the party last week were NBC’s “Mysteries of Laura,” which debuted at No. 16 in the key demo, tying with CBS’ “Madam Secretary.”

Both shows pulled a 2.0 rating in their Live + Same Day debut, per Nielsen numbers.

To make the rankings this week, a show needed a 1.7, which is exactly what Fox’s season premiere of “New Girl” got, landing in the final spot. Last week, before many season premieres aired, a show only needed a 1.5.