1. The performance of "Don’t Stop Believing" at the end of the "Glee" pilot. Sure, it was a moving plot point — one of the year’s highlights — but the Journey anthem also summed up exactly why this show’s success was such an important milestone in 2009 TV. 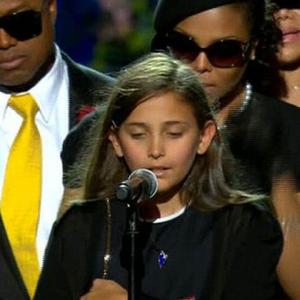 Most industry insiders, including some inside Fox, were pretty convinced that right around now, Internet-based fan groups and TV critics would be teaming up in a last-ditch attempt to save Ryan Murphy’s crazysexyfunnycool musical dramedy. After all, the show doesn’t fit into any one category, it had no stars and, at first blush, it seemed to be all about … losers.

But a funny thing happened on the way to Save Our Shows-ville. Thanks in part to one of the decade’s best TV marketing launch campaigns, "Glee" has been a solid Nielsen player since its premiere — and is nothing less than a smash hit when other metrics are applied, such as album sales and online buzz.

In an age when a 3 demo rating is now considered success, "Glee" proves that a show doesn’t have to be a straight-down-the-middle play in order to work. And that’s something worth singing about.

2. The Michael Jackson Memorial. It could’ve been a train wreck, a maudlin display of celebrity egos. Instead, producer Ken Ehrlich, as he’s done so many times in his career, managed to organize an event that was understated and moving. The highlight, of course, couldn’t be scripted: When Paris Jackson spoke about her father, it was hard not to get choked up. Suddenly, the Icon, the Artist, the King of Pop was simply … Dad.

3. Any given night on cable. While broadcasters had one of their best years in memory in terms of new hits, cable in 2009 controlled most of TV’s pop-culture buzz. Hardly a week went by without one network or another touting record ratings, while critics and TV journalists couldn’t stop kvelling over the quality of the scripted shows cable churned out.
Cable, of course, has been cranking out good shows for at least a decade.
But 2009 represented something of a tipping point, as more and more networks continued to find some measure of success with original fare — from AMC’s "Mad Men" and "Breaking Bad" to micro-niche players such as Starz’s "Party Down" and SoapNet’s "Being Erica." Throw in the fact that pay cable has never been hotter, while basic cable networks such as FX and TNT have never been more prolific, and suddenly, even a great year for the Big 4 seems kinda week compared to the cable hit machine.
Bottom line: If you ran a cable network and didn’t have a big hit in 2009, you really should find a new job. 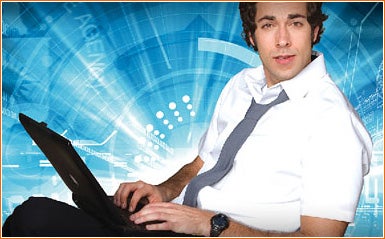 4. The comedy comeback. ABC’s gutsy decision to schedule four brand new half-hour sitcoms on Wednesday nights this fall seemed foolhardy — until it actually worked. Three of the quartet — "Modern Family," "Cougar Town" and "The Middle" — all got picked up for full seasons, were greeted with good-to-excellent reviews and seem very likely to be back next fall (assuming "American Idol" doesn’t crush them next month).
But it wasn’t just ABC that rocked the laughs this year. CBS’ slow nurturing of "The Big Bang Theory" paid off this fall as the show started out-rating its lead-in, the still mighty "Two and a Half Men." "How I Met Your Mother" also continues to permeate the pop culture like few other CBS comedies in recent years.
Fox, meanwhile, owns Sundays with its crass-com line-up, anchored by the iconic "The Simpsons" and "Family Guy." Newcomer "The Cleveland Show" seems to be fitting in well. And while "Glee" isn’t a half-hour, it adds plenty of laughs to Fox’s schedule.
And then there’s NBC, the network that once defined the comedy boom of the 1990s with an 18-sitcom schedule. While only one of its half-hours, "The Office," is a clear-cut hit, its other three comedy players — "30 Rock," "Parks and Recreation" and "Community" — are all deserving of spots on a Thursday night block once touted as Must-See TV.  "Parks and Rec," in particular, had a creative surge this fall that could help turn it into an "Office"-style hit if NBC is patient.
5. The Twitterization of TV. Sure, it could turn out to be a fad like MySpace (though YouTube-like ubiquity seems a safer bet). In 2009, however, the small screen melded with even smaller screens in ways few would’ve predicted just a few years ago.
While Twitter hasn’t really impacted TV content — yet — the microblogging service is starting to alter the way in which at least a small (but vocal) number of  consumers consume, discover  and interact with TV series.
NBC’s "Chuck" became the poster child for Twit TV last spring when fans used the service to lobby the network to renew the show for a third season. Unlike past fan campaigns, which focused on assaulting executives with tsotskes, Twitter let die-hards flex their muscle by organizing large numbers of people to quickly demonstrate their love for a show (one word: Subway).
But Twitter has also helped restore a sense of watercooler buzz to hot TV shows, something that seemed to be waning in an era of DVRs and I’ll-just-watch-it-on-DVD thinking. Log on to Twitter following an episode of a buzzworthy show and you’ll be greeted by a steady stream of comments and discussions about said program.
For fans, it’s a way to stay invested in shows they love. For networks, it’s a quickly evolving marketing goldmine. 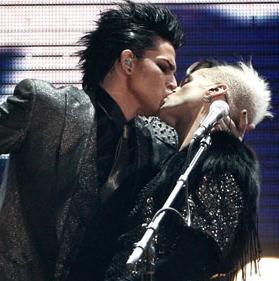 6. When Kanye met Taylor, and Adam Lambert met… his crotch. Speaking of Twitter, there’s no doubt the site helped fuel the reaction to Mr. West’s ungentlemanly interruption of Ms. Swift’s VMA acceptance speech. West had barely finished his monologue when the Interwebs exploded in outrage over his behavior.
Things got even messier when Lambert decided to pull a Janet Jackson with his somewhat raunchy American Music Awards performance. Even though it aired at nearly 11 p.m. at night, the righteous indignation spread quickly, resulting in canceled media appearances for Lambert — and hours of talking heads debating a four-minute musical number.
Both West/Swift and Lambert were surreal moments of very little real importance, but one in which TV and the Internet joined together to help create pop culture milestones for the year. Good thing nothing serious was going on in the world in 2009.
7. Any episode of "Lost." OK, so maybe we’re cheating here. But there simply can’t be too much praise for ABC’s time-and-space-bending masterpiece, which we’re convinced will go down in broadcast TV history as one of the most ambitious, finely crafted hours the medium has ever produced.Not to take anything away from the likes of "Mad Men" or "Sons of Anarchy" or "True Blood" or "Battlestar Galactica," but those series have it easy. They produce 13 episodes per year with few creative or commercial  restrictions. 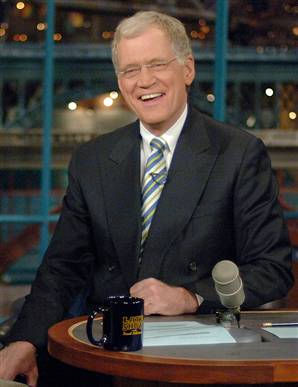 "Lost" has regularly churned out between 18 and 22 episodes each year for a half-decade, all the while spinning one of the most complex yarns ever  attempted on TV. ("Twin Peaks" tried, but, alas, wasn’t particularly successful).
No list of 2009 highlights would be complete without it.
8. Jon Stewart and Bill Maher’s rant-a-licious commentaries. If you want fake outrage that’s carefully orchestrated to appeal to a target audience’s darkest fears, Glenn Beck serves that up nightly.
But for genuine, Howard Beale-esque exasperation at the state of our nation (and world), Maher and Stewart couldn’t be beat in 2009. Stewart’s slapping down of CNBC  particularly stood out, while Maher was at his best last year when he dared to say the obvious: There are a lot of dumb Americans.
9. David Letterman’s bombshell. It wasn’t entertaining. It wasn’t funny. And cynics will insist it was all too choreographed.
But whatever you think of Letterman or his apology, there’s no denying it was a remarkable 10 minutes of television: A hugely famous TV icon admitting he had done some "creepy" things and hoping that his ‘fessing up would allow him to move on.
The good news, for anyone who believes in celebrities’ right to at least some privacy, is that things seemed to have gotten back to normal with Dave (for now, at least). Maybe there’s something to be said for being honest and taking responsibility after all.
BACK TO MAIN PAGE
x
Looks like you're enjoying reading