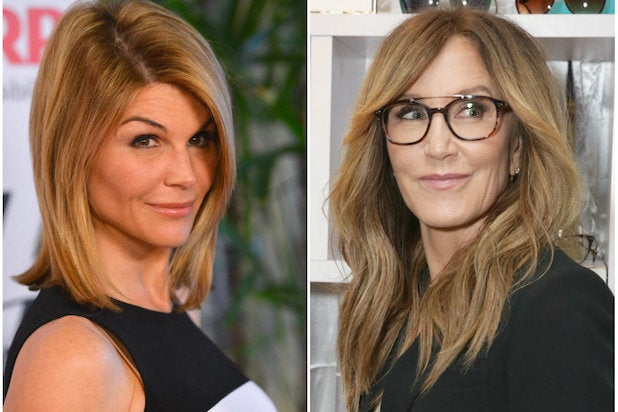 Felicity Huffman and Lori Loughlin need to follow one simple rule if they hope to ever have a career in showbiz again, top crisis managers say: maintain a very low profile.

Susan Tellem, a partner with Tellem Grody PR, Inc. in Malibu, said the women should “just stay quiet and disappear as much as possible.”

“This is now a fraud case” she said. “This is a blatant crime that is being charged, not just an accusation. So anything she says will be part of the litigation.”

And Howard Bragman, a crisis public relations expert, suggested: “Don’t say anything publicly and listen to your attorneys.”

On Wednesday, Huffman and Loughlin were charged along with 48 others with committing fraud to get their children into top universities, including paying bribes and fixing standardized test results, according to charging documents.

“It’s a tough one because cheating is cheating, you can’t walk back from that,” Joshua Kroon, a crisis and communications expert with Levick P.R., told TheWrap. “I don’t know if there’s anything they can do to stop what’s coming. I think all you can do at this point is hope for someone bigger than yourself to get ensnared in this scandal and take away the attention.”

Prosecutors say that Huffman paid $15,000, disguised as a charitable donation, to a college prep business in order to fix her daughter’s test scores. Huffman’s daughter ultimately scored 1420 on the SAT, an improvement of approximately 400 points over her earlier PSAT, according to the affidavit.

Loughlin is accused along with her husband of paying $500,000 to get their two daughters into the University of Southern California by pretending they were crew athletes.

Over the years Hoffman established herself as one of Hollywood’s A-list stars, first as Lynette Scavo in ABC’s hit comedy “Desperate Housewives” from 2004-2012, and as Bree, a transgender woman in “Transamerica,” a performance that earned her an Oscar nomination in 2006. Meanwhile, Loughlin is best known for role as “Aunt Becky” in ABC’s 1980s-90s sitcom “Full House,” and its 2016 Netflix sequel-series, “Fuller House.”

“If they were my clients, I would be advising them to express contrition, take responsibility, and make the case that she made a mistake but that her ultimate motive was to provide her daughter with the best possible educational opportunity,” Evan Nierman, founder of crisis PR firm Red Banyan, told TheWrap.

“There is not a whole lot they can do,” he added. “You can’t justify the action.”

Nierman cautioned against making any charitable contribution as a way to make amends.

“A charitable contribution is going to look like a cheap PR move,” he said. “To give a contribution to the United Negro College Fund would blow up in her face because it would feel very disingenuous.”

The women and Loughlin’s husband, fashion designer Mossimo Giannulli, were charged with conspiracy to commit mail fraud and honest services mail fraud, a sentence that could carry prison time, according to Lou Shapiro, a criminal defense attorney who specializes in crisis management. But, Shapiro told TheWrap, that’s unlikely.

“Because they have no record and are upstanding citizens and probably have been involved in community service work they’ll likely be given probation with a significant amount of community service, so that they know what the common man feels like.”