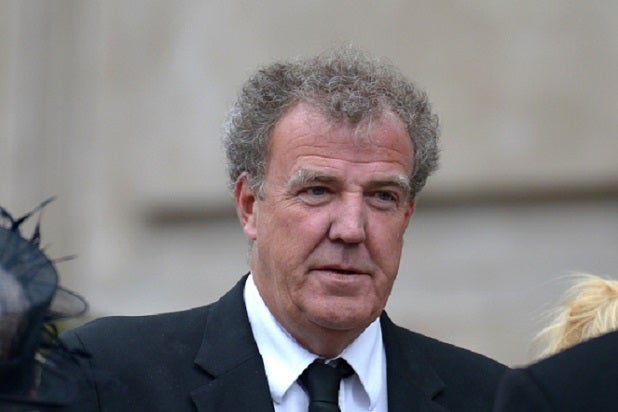 Jeremy Clarkson will be given his walking papers by the BBC on Wednesday morning, according to U.K. newspaper, the Telegraph.

The “Top Gear” host has been off the air since he was suspended by the network on March 10, following a fracas with one of the show’s producers.

Lord Hall, Director General of the BBC, is expected to announce his decision based on the findings of an internal investigation into the assault in which Clarkson spent 20 minutes verbally abusing producer Oisin Tymon, before launching a 30 second physical assault on him, reported the Telegraph.

The outburst occurred when Clarkson demanded steak and fries after a day of filming, but was told that the hotel in North Yorkshire, England, where the crew was staying, was no longer serving hot food.

The 54-year-old host had already received a “final warning” from the BBC for using a racist slur during filming last year.

Clarkson didn’t help his cause when appearing at a charity auction in London on Thursday. “The BBC have f–ked themselves,” he said in a speech that the Guardian caught on camera. “ was a great show and they f–ked it up.”

Both Clarkson and Tymon gave evidence during the investigation to decide the host’s fate and the future of the top-rated show, which airs on BBC2 in the U.K., BBC America in the U.S. and is watched by 350 million viewers in 170 countries around the world. According to the New York Times, Clarkson is paid about $1.5 million a year to present the show, making him one of the BBC’s highest paid employees.

It is unclear whether “Top Gear” will continue without its controversial main driver, however the Telegraph reported that among the potential new hosts is Radio 2 Breakfast Show DJ Chris Evans.

There is also speculation that Clarkson may make the move to Netflix, due to his popularity with global audiences. There was outcry in January when it was announced that “Top Gear” was among a collection of British shows being dropped by Netflix due an expiring contract between the networks.