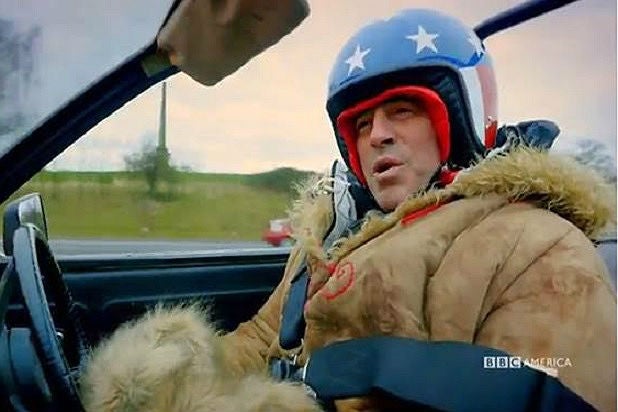 Paddy McGuinness and Freddie Flintoff are joining “Top Gear” as its new hosts for the post-Matt LeBlanc era. Rory Reid will also exit out as a “Top Gear” presenter, though he’ll continue to roll with the franchise as face of companion series “Extra Gear.”

Driver and motorsports journalist Chris Harris will remain in the “Top Gear” driver’s seat when the iconic car show returns to an all-British lineup for Season 27, which is set to air in late 2019.

“Friends” alum LeBlanc previously said he’d be leaving “Top Gear” after the next season, which is No. 26. That one debuts on BBC Two in early 2019, when Season 27 begins production.

“This is a thrilling manoeuvre from the ‘Top Gear’ team and I’m relishing what this trio will deliver,” Patrick Holland, controller of BBC Two, said on Monday. “Both Paddy and Freddie love their cars but more than that, they’ll bring a new energy and competitive spirit to ‘Top Gear.’ Chris Harris might have the greater car skills, but when it comes to the infamous ‘Top Gear’ challenges, he’s going to have to bring his A-game to have the beating of these two.”

“Getting the ‘Top Gear’ gig is a real honour and I’m thrilled the BBC have given me this opportunity,” McGuinness said. “To be hosting a show I’ve watched and loved from being a small boy is beyond exciting. ‘Top Gear’ fans worldwide are a passionate bunch and I consider myself one of them. Now let’s start up this Great British machine and see what it can do!”

“It’s not often you have the chance to do both of your dream jobs, but I’m now lucky enough to say I will have,” Flintoff said. “I’ve always been passionate about cars and I’m so excited to be joining the ‘Top Gear’ team.”

“I think you can tell just how much fun we’re going to have making ‘Top Gear’ with Paddy and Freddie,” Harris said. “They’re both brilliant, natural entertainers – and their mischief mixed with the most exciting cars on the planet is sure to take the show to the next level. My dream job just got even better.”

For those stateside and not in the know, McGuinness is a primetime television host and comedian. Flintoff is an ex-cricket player turned TV presenter.