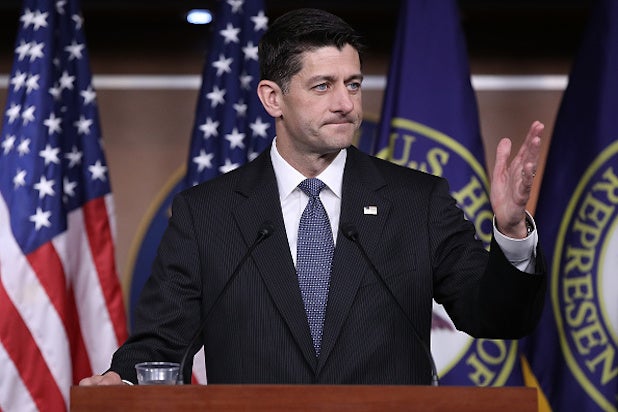 President Donald Trump’s Thursday morning attack on “Morning Joe” co-host Mika Brzezinski caused an uproar among other members of the media, but they’re not alone in their backlash against the comments.

Several high-profile Republicans have also voiced their criticism of the president’s tweets, in which he said Brzezinski has a “low I. Q.” and was “bleeding badly from a face-lift.”

Sen. Lindsey Graham (R-SC) tweeted that Trump’s tweets were “beneath the office” and “represents what is wrong with American politics.” Sen. Ben Sasse (R-NE) also chimed in on the backlash, tweeting “please just stop.” “We don’t have to get along, but we must show respect and civility,” tweeted Sen. Susan Collins (R-ME).

“Obviously I don’t see that as an appropriate comment,” said Speaker of the House Paul Ryan in response to a reporter’s question asking about Trump’s tweets. Rep. Tom Reed (R-NY) said, “Obviously I’m concerned about that type of language.”

Please just stop. This isn't normal and it's beneath the dignity of your office.

This has to stop – we all have a job – 3 branches of gov’t and media. We don’t have to get along, but we must show respect and civility.

This is not okay. As a female in politics I am often criticized for my looks. We should be working to empower women. https://t.co/sV6WDE0EUD

"It’s incumbent on all of us, then — from the President to Congress on down — to be responsible for our speech." https://t.co/BVVKFll3Sj

There have been several other horrified reactions to Trump’s comments, and you can read a roundup here.