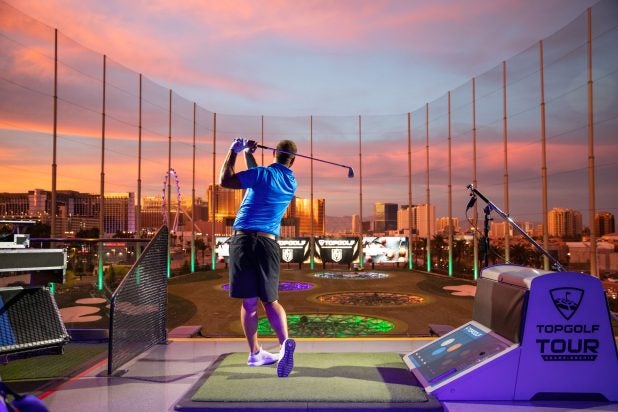 Topgolf, an entertainment company best known for its restaurant business, has partnered with Whistle on the fourth season of its digital series “The Tour,” the two companies announced Wednesday morning.

The show, a Topgolf original, is a mixed-level golf competition in which two amatuer players get a chance to win a trip to Topgolf Las Vegas for a shot at the championship title and $50,000 cash. Using Whistle’s network of creators, Topgolf will attempt to grab the attention of younger audiences and improve the engagement and view count across its YouTube channel– something the company has struggled with.

Whistle, a sports-focused digital media company that creates content geared towards Millennials and GenZers, works closely with popular influencers such as Dude Perfect, who has more than 41 million subscribers on YouTube. In an attempt to help “The Tour” resonate with a younger audience, the company will enlist two soon-to-be-named influencers to host the fourth season of the series, which will have a less traditional broadcast feel than past seasons, according to Whistle CEO John West.

“I think our lens is more about storytelling and entertainment and less about reporting the event and results. Obviously, that’s part of it,” he told TheWrap. “But what we try and do is make it more interesting, to get behind the scenes and tell the stories of  the competitors.”

“Collaborating with Whistle on the Topgolf Tour enables us to bring the pure entertainment experience of this popular tournament to our passionate Topgolf audience,” added Chad Nelson, Topgolf’s chief creative director. “Whistle is the best at galvanizing creators through compelling content and we see our partnership with them as a major opportunity to legitimize The Tour and connect with a larger community.”

Season 4 of “The Tour” will premiere on Topgolf YouTube channel later this fall. The partnership between Topgolf and Whistle was brokered by Creative Artists Agency’s Scott Iason.