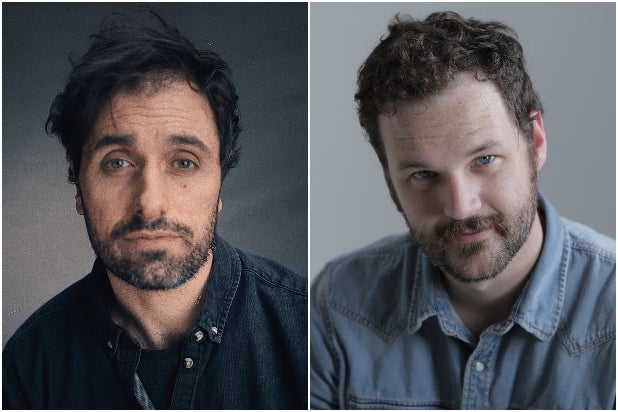 Topic Studios has signed a first look deal with Michael Angelo Covino and Kyle Marvin, the writing and acting team behind the comedy film “The Climb” that made its debut at the Cannes Film Festival this year, the studio announced Wednesday.

Under the two-year deal, Covino and Marvin will develop and produce with an eye to direct feature films for Topic under the pair’s Watch This Ready banner. “The Climb” was Covino’s feature directorial debut, which he and Marvin wrote, produced and starred in. The project was developed, financed and produced on a fast track by Topic after it acquired the original short film of the same name at the 2018 Sundance Film Festival.

“The Climb” premiered in the Un Certain Regard section at the Cannes Film Festival earlier this year where it won the Jury’s “Coup de Coeur” award and was acquired for release by Sony Pictures Classics. The film tells the story of an epic friendship between two lifelong friends spanning numerous years, marriages, heartbreaks and conflicts.

“The Climb” just had its North American premiere at the Telluride Film Festival, and it will then play at TIFF on Thursday.

“In our first project out of the gate, Michael and Kyle created an incredibly funny, original and endearing film that defies categorization,” Maria Zuckerman, EVP of Topic Studios, said in a statement. “We love their sensibility and are excited to partner with these multi-talented creative souls as they explore the world through their unique lens.”

“We had an amazing experience working with Topic Studios on ‘The Climb’ and look forward to continuing our relationship with them,” Covino and Marvin said. “It’s hard enough convincing people to make one of your crazy ideas into a movie. When Topic said they were interested in all of our crazy ideas, we couldn’t say no!”

Topic is behind Steven Soderbergh’s “The Laundromat,” which made its premiere at the Venice International Film Festival before it debuts on Netflix, and the Toni Collette and Damian Lewis film “Dream Horse.”

Covino is a producer behind “Hunter Gatherer” and “Kicks,” and he also just joined the cast of the Paul Greengrass film “News of the World” alongside Tom Hanks. Marvin also worked as an executive producer on “Hunter Gatherer” and has written a number of projects including a TV pilot sold to Fox, an animated feature “Amoeba” with House Of Cool and a thriller called “The Quench” with Bron Studios.