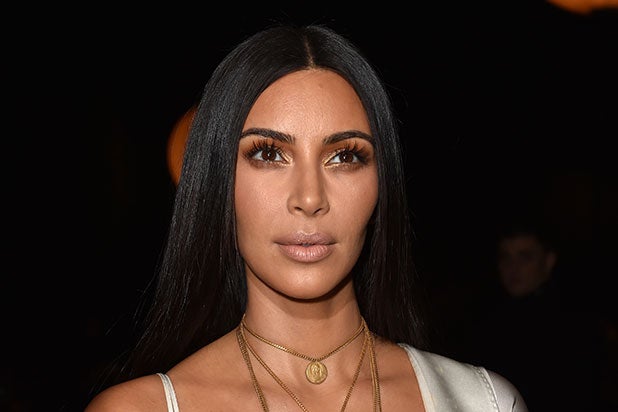 Piers Morgan has once again lashed out at Kim Kardashian over a photo she posted on social media, this time characterizing Kardashian as “pathetic & creepy.”

British media personality Morgan tore into Kardashian on Thursday over the photo, which Kardashian posted on her Instagram account.

“Topless” might be a bit of a stretch — the photo depicts Kardashian facing a mirror while wearing an unclasped bra. A second person and a photo flash can be seen in the mirror’s reflection.

“[Camera icon] by North,” Kardashian captioned the photo, presumably a reference to her four-year-old daughter with her husband, rapper Kanye West.

The comments section of Kardashian’s Instagram post also saw a fair share of critics weighing in. While a number of commenters suggested that the second figure in the photo was too tall to be just four years old, there were also plenty of responders who expressed their outrage.

“This is creepy and exploitation of your child. What’s wrong with you?” wrote one critic.

Another wrote that the photo “is NOT cute or funny at all…this is sad.”

“This is just disgusting… who lets their child take pictures in this way .. have more respect kim,” read another response.

“Horrible example for a mother!!” another response read.