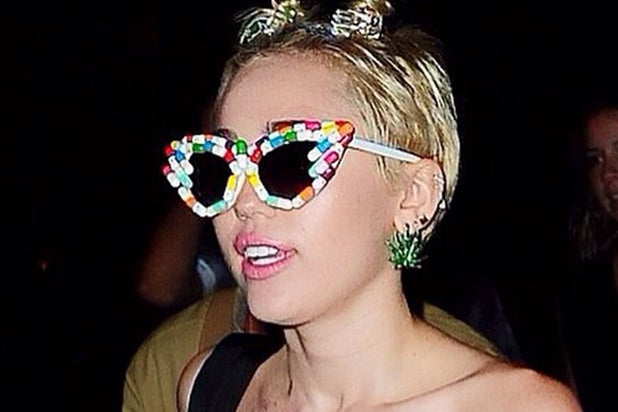 The “Wrecking Ball” singer made quite a fashion statement on Saturday night, by wearing tasseled pasties resembling ice cream cones instead of a shirt to designer Alexander Wang’s NYFW bash.

Cyrus completed the ensemble with black leggings, slicked back hair and shades with little pills glued around the rims. Later, she was snapped twerking on the dance floor and planting a huge kiss on Wang.

The 21-year-old posted several pictures from the party on her Instagram page – including one with the caption “best night eva with @alexanderwangny.”

Also read: Miley Cyrus VMA Accepted by Homeless Teen: ‘I Have the Same Dreams as Many of You’ (Video)

She said she makes the pieces out of items she’s collected on tour.