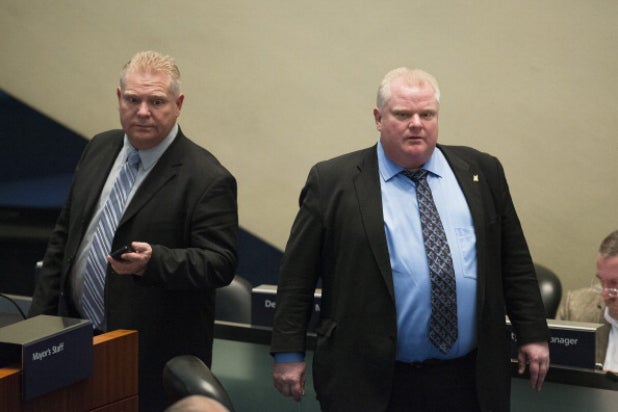 Ford and his brother Doug hosted “Ford Nation” on Canada’s Sun News Network. The show debuted Monday — the same day the Toronto City Council voted to strip Ford of most of his powers and budget.

TheWrap‘s requests for comment from Sun News Network were not immediately returned.

While it apparently beat the channel’s record of 100,000 viewers, “Ford Nation” will not have a chance to top itself. Time and production for the show requires does not make it a viable option, Kory Teneycke, vice president of Sun News Network, said. The Ford brothers will appear as regular guests on Sun News programming, Teneycke said.

Rob Ford has had a rough couple of weeks. The Toronto mayor recently admitted to smoking crack — but that was just the beginning of his public perception issue. Ford then famously made lewd remarks at a press conference while denying a former staffer’s oral sex accusations, admitted he’s probably driven drunk, and even knocked a woman over in a City Council session where he thought Doug was being physically attacked.