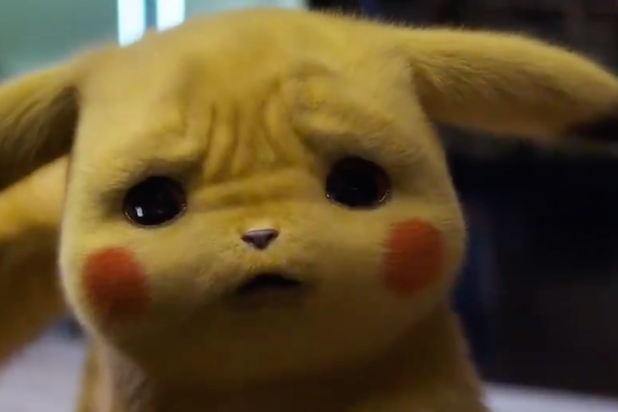 So far the teasers for “Detective Pikachu” have played up the manic energy and cuteness of talking, fuzzy, pocket monsters. But in the latest trailer shared by Ryan Reynolds on Monday, we see that the Pokemon universe is actually a pretty beautiful and remarkable place to explore.

There’s no battles here, but there’s certainly a lot of heart. Scored to the Louis Armstrong classic “What a Wonderful World,” we see not only skies of blue in the latest “Detective Pikachu” trailer but also Charmander and Bulbasaur frolicking in the woods as star Justice Smith gets a taste of a world he hardly knew existed.

“Listen kid, if your dad was here, he would hug you so hard, your bones would pop,” a teary-eyed Pikachu (as voiced by Reynolds) says to Smith.

“Pokemon: Detective Pikachu” is directed by Rob Letterman and features the voice work of Reynolds as a Pikachu who teams up with a young man (Smith) to track down Pikachu’s missing trainer.

“Detective Pikachu” opens in theaters May 10. Watch the new look as shared by Reynolds below.

A little shot of wonderful for a weary world. #DetectivePikachu pic.twitter.com/xUAeGkTbZC