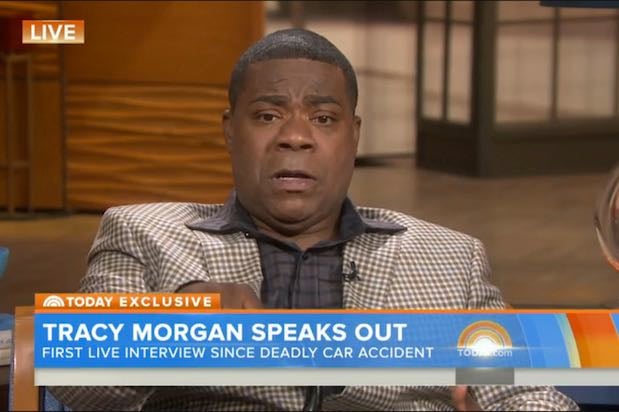 Tracy Morgan cried Monday in his first interview since he was seriously injured last June in a deadly car crash that killed his close friend, James McNair.

“The case is settled, but the pain is always going to be there for Jimmy Mac,” Morgan said. “Bones heal but the loss of my friend will never heal.”

Morgan and several friends were returning from a performance when the limo they were traveling in was hit from behind by a Walmart truck. The comedian suffered severe brain trauma and broken bones. Two other passengers were also seriously injured.

Last week, Walmart settled a lawsuit filed by Morgan. He said the company “stepped up to the plate in a tremendous way” and “they took full responsibility.”

A criminal complaint alleges that Walmart truck driver Kevin Roper had not slept for more than 24 hours and was driving 20 miles over the speed limit.