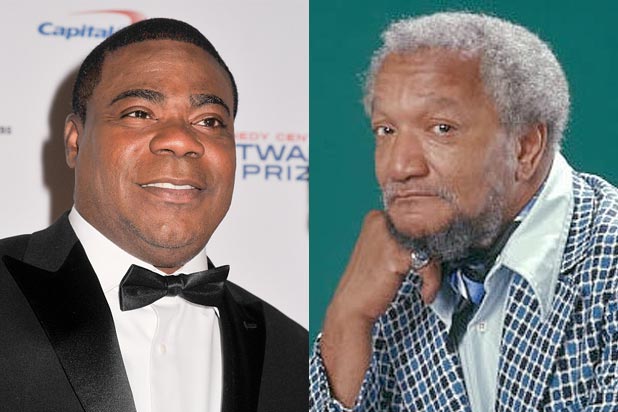 Tracy Morgan is in talks to play comedian Redd Foxx in Lee Daniels‘ biopic of Richard Pryor, an individual familiar with the Weinstein Company project has told TheWrap.

Representatives for the Weinstein Company and Morgan did not immediately respond to requests for comment.

Mike Epps will star as Pryor, while Kate Hudson will play his wife, Jennifer Pryor. Eddie Murphy and Taraji P. Henson will co-star as Pryor’s parents, though Oprah Winfrey will play the woman who raised him — his grandmother.

In the film, Foxx will be depicted as a brash comedian who owned a local comedy club and encouraged Pryor to open up in his act and embrace his culture. Foxx went on to star on the beloved 1970s TV sitcom “Sanford and Son,” and he worked with both Pryor and Murphy on the 1989 crime comedy “Harlem Nights.”

Should a deal make, the role would come a major comeback for Morgan, who was seriously injured in an accident on the New Jersey Turnpike in June 2014, when a Walmart truck struck a limo carrying the comedian and several others.

Morgan, who was last seen on the big screen in Chris Rock‘s “Top Five,” is represented by CAA and Hansen Jacobson.