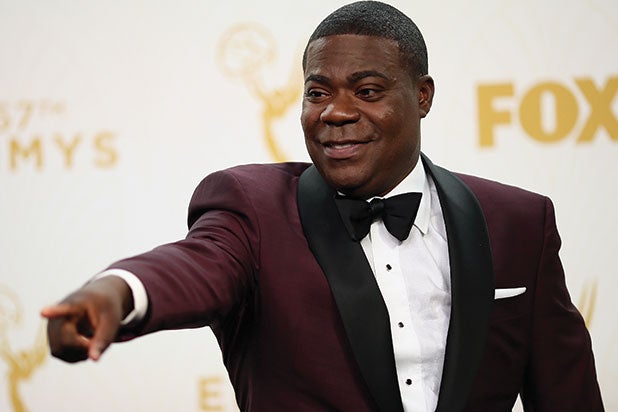 Sounds like Tracy Morgan took his recovery into his own hands after suffering a horrific car crash.

The former “Saturday Night Live” funnyman appeared on “The Howard Stern Show” on Tuesday to discuss the traffic collision in June 2014 that left him seriously injured and took the life of his friend and fellow comedian James McNair.

Naturally, Stern got to the nitty-gritty of Morgan’s post-crash regimen.

“Tracy, everyone wants to know, when did you jerk off for the first time [after the accident]?” the shock jock asked.

The comedian continued, “My heart machine started going off one day, the nurses on the floor, they started running to my room and they opened the door, I was in there beating my d–k.”

“You can beat off through pain and all that shit,” Morgan advocated.

Listen to the “Howard Stern Show” interview below.